Calabasas, CA, March 23, 2022 (GLOBE NEWSWIRE) — Nyan Cat is a classic meme that has come back to life and is more alive than ever! Nyan Cat Coin is a completely safe, fully decentralized cryptocurrency with hyper-deflationary protocols and high-yielding holder rewards. The project has announced the date for its launch on March 24th, 3 PM EST. 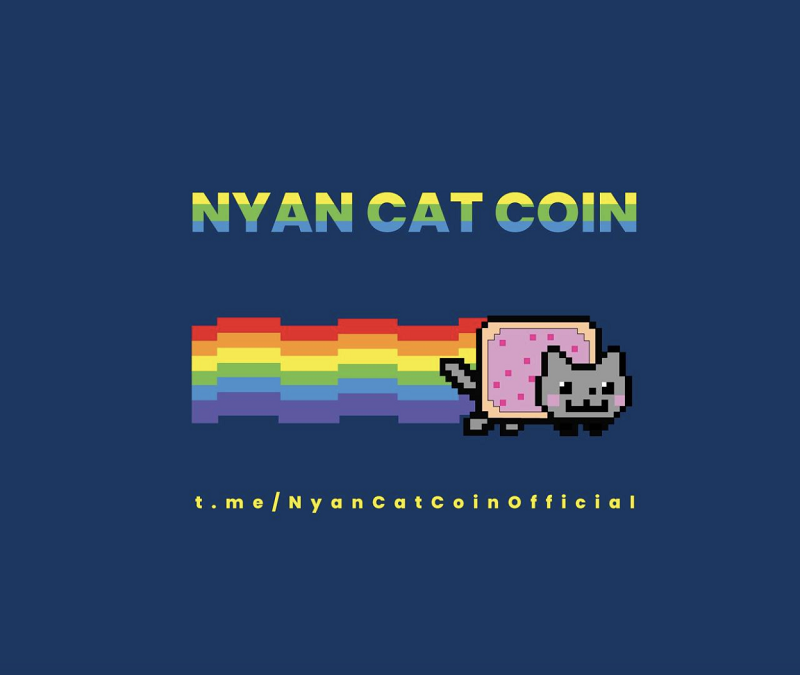 In an online auction in Feb 2021, a one-of-a-kind digital copy of the Nyan Cat meme from 2011 was sold for about $590,000.  As cryptocurrencies such as Bitcoin have risen in value, online sales of nonfungible tokens, or NFTs, have exploded as well. Nyan Cat’s artist, Chris Torres, said the NFT sale was his first step into crypto art. Now, after almost a year the meme has been revived as meme currency.

Meme currencies have also gone mainstream this bull season among various other types of crypto assets. Meme currencies proved that community-driven projects have a long way to go. First, Dogecoin rose over 5000% and then Shiba Inu overtook it in October with a yearly rise of over a million percent. Meme currencies evolved from being just a joke coin to become a formidable investment option, where many new investors who held onto their meme currencies became crypto millionaires. Thus, it is clear that meme currencies also have a market and Nyan cat aims to take the meme currency ecosystem to the next level.

Being a meme-themed currency, Nyan cat is also community-centered and all key decisions regarding the project would be decided by these community members. However, Nyan Cat would incorporate a more organized way rather than a Twitter poll of sorts. The HPE token would be the governance token and its holders would be able to vote on important decision-making processes. Insiders also claim that Nyan Cat could very soon find its way onto Binance which could help its price surge by multi-fold.

The tokenomics of the Nyan cat ecosystem include:

The project ownership will be renounced and has been audited by CoinScope. The project proudly presents a doxxed team and promises low fees with 100% of the liquidity pool locked for 6 months. The Initial Liquidity has been set to 38 BNB and there are no marketing/team token allocations.

Nyan cat combines the best of both worlds, in that it will be a fantastic meme currency, but with the purpose of merging the NFT frenzy. Indeed, looking at the concept of meme currencies and NFTs, it appears that they are a natural fit, and Nyan Cat is here to redesign and make it possible. It would provide a variety of unique NFT collections for traders to buy and resell for profit, as well as the local currency being used as a source of passive income with several options.

The next phase of Nyan cat project would see:

While most meme currencies now only provide earning chances during a bull market, which many people miss owing to a large number of tokens available. Nyan cat would provide staking services, allowing users to stake unique NFTs in order to earn the native token, which they could then buy, sell, or trade.

Don’t miss this great opportunity to get in early on the next big meme coin!