Sandown, New Hampshire, June 30, 2022 (GLOBE NEWSWIRE) — Barry Billcliff, owner of Merrimack Valley Roofing and Gutter, announced the recent incorporation of DamBar LLC, an additional construction company to the growing enterprise. Billcliff said the company has reached $4 million in revenue. He credits a colorful background and an entrepreneur’s drive with his success. One of the keys, he believes, is hiring the right people.

“We hire passionate artisans to do our work and that shows with the response from our clients and our growth,” Billcliff said. 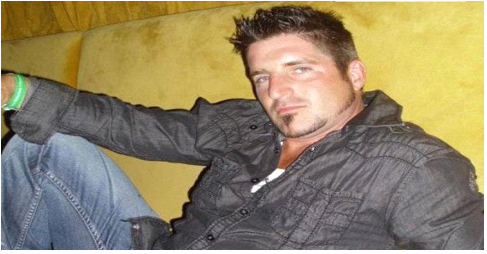 Despite the economic outlook, he said one of the major renovations that should not be ignored is your roof.

Billcliff said don’t wait until a roof leaks to fix it. Taking preventative action can save you  from a more expensive repair. Go into your attic to look for any sign of leaking. Getting on the roof and looking for loose shingles is a good idea.

Sometimes a leak can be fixed without a major repair. Adding flashing or cleaning out gutters is something Merrimack sees regularly. In the area there was a shortage of reliable help the past few years, Merrimack Valley Roofing and Gutter established itself as a reliable provider that didn’t take advantage with overpriced bids.

“We want to treat everyone fairly,” Billcliff said.

Billcliff is also the owner of The Bear Cave, one of the largest bars in New England as well as Drive Again Motors and Mitty’s Big Beef. He is also a musician and an officer in a local musicians union.

Gradually with sound investments, savings, and timely decisions, he built his way up and made his mark as a successful entrepreneur. He owns, manages, and oversees over 16 business ventures that he’s either created, acquired, or initiated.

He was a founding member of the Rebels and Rockers motorcycle club. He is also the President and founding member of Braap Pack, an off-road club. One of his key achievements is being the youngest artist to have won the gold key award at the Halifax Art Festival. He had a full scholarship to the New England Art Academy and has also held an exhibition at the Daytona Art Museum.

Moreover, he is a former national wrestler, probably not surprising considering the sheer energy, passion, and hunger for achieving more than that he possesses. He is also a full-credit press associate and daredevil adventurist who has performed and filmed several stunts around the globe.

In addition, Barry has performed, filmed, and published an enormous number of daredevil stunts and adventures around the world. He was once chased to the Colosseum by a tour guide dressed as a gladiator. He climbed the great pyramid of Giza and broke into a poppy field where he was held at gunpoint by the Mexican drug cartel.

Merrimack Valley Roofing and Gutter was founded in 1976 in Southern New Hampshire.  They work with a variety of projects including Mansard, Saltbox, or Flat Roof. They are also a leading distributor of gutters in the New Hampshire region.

IEHP Leaders Honored with LLU Alumnus of the Year Awards