Maulana Wali Rahmani’s demise, a great loss for the community and the country: Jamaat-e-Islami Hind President 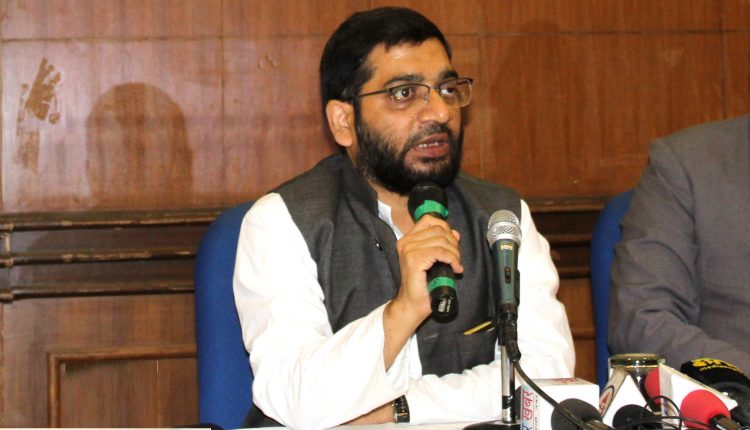 New Delhi, April 03, 2021.  The President of Jamaat-e-Islami Hind (JIH) has described the death of noted Islamic scholar and General Secretary of All India Muslim Personal Law Board (AIMPLB) Maulana Syed Wali Rahmani as a great loss for the community and the country.

In a condolence message, JIH President Syed Sadatullah Husaini has said that the Indian Muslim community has suffered great loss as he serrved the country in a wide range of fields. The JIH President said, “Maulana will always be remembered for his courage and zeal in trying to solve the problems of the community in difficult and challenging circumstances.

As the General Secretary of the AIMPLB, he led numerous campaigns for the protection of the Shari’ah and opposed the media’s misleading propaganda as well as the government interference in ‘personal laws’. On the educational front, a large number of talented students have made it to the prestigious institutions of the country and paved the way for the higher professional education through his various programmes such as the Rahmani Foundation and Rahmani-30”.

The Rahmani Foundation, established in 1996 by Maulana Wali Rahmani, is active in the fields of Public Health, Education, Social Justice, Environment and others. Rahmani 30 founded in 2009, is providing free coaching for IIT JEE, NEET and other professional courses to poor and underprivileged students.

Apart from them, Mr. Husaini said, “under the Khanquah Rahmani, Maulana made efforts to educate and reform the society and under the Imarat Shariah, he provided the guidance to the Muslim community in many states. Representing and leading Muslims on the political front in Bihar, efforts for the protection of madrassas and his struggle for the development of the Urdu language are Maulana’s valuable contributions.

On all these fronts, he also achieved significant achievements through his tireless struggles. Promoting women in the Muslim Personal Law Board and initiating a movement among them for the protection of the Shari’ah, is also a great achievement of the late Maulana.”

TDS to be deducted on withdrawal from PPF and other post office schemes, know what are the new rules

Piyush Goyal wrote a letter of appreciation to Railway employees