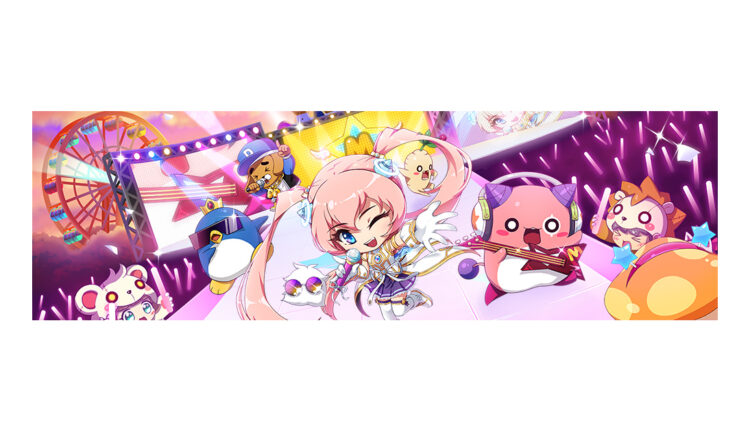 LOS ANGELES–(BUSINESS WIRE)–MapleStory M, the free-to-play mobile MMORPG for iOS and Android, is continuing its third anniversary celebration with the introduction of Angelic Buster and a host of events for players to enjoy.

Born as a disgraced Nova without a tail or magic, Angelic Buster inherited the powers of Eskalade, an ancient dragon residing inside an ancient relic of Pantheon. Equipped with a dragon shaped arm cannon, known as Soul Shooter, Angelic Buster is able to blast waves of enemies with ease. In her second slot, this Nova Pirate holds on to the power of Eskalade in a special ring, known as Soul Ring, transforming her into Angelic Buster and allowing her to use her special skills. New characters between levels 3 and 120 can level up to two additional bonus levels each time they level up through the Mega Burning event.

This update also includes a slew of opportunities for new players to get acquainted with the systems and contents of the game and get right into action. Upon reaching level 10, new characters will be rewarded for completing missions. New users will be able to power up and adorn legendary items through treasure boxes. Additionally, both new and returning players alike will be able to enjoy abundant bonus items upon using the payment option for the first time.

To learn more about MapleStory M, visit the App Store or Google Play Store page and follow @PlayMapleM on Twitter for the latest updates.

Founded in 2005, Nexon America Inc. delivers outstanding free-to-play online game expertise and live game support, taking the strengths of NEXON Co., Ltd. (“Nexon”) and applying them for uniquely western audiences. Nexon America has consistently sustained iconic franchises such as MapleStory and Mabinogi for more than a decade, which have gone on to break records and captivate players. With new projects on the horizon, Nexon America maintains the pioneering and innovative spirit of its parent company, employing its player-first approach, while designing the best possible gameplay experiences for the western market.