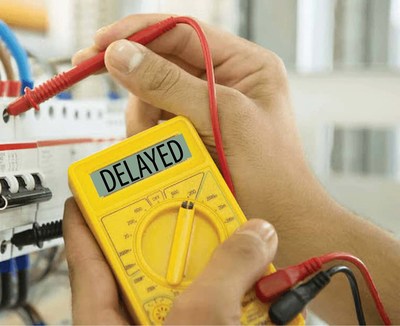 PORTLAND, Ore., Sept. 16, 2021 /PRNewswire/ — An estimated 3,000+ Oregon Electricians, and many other thousands of other tradesmen in Oregon have been unable to get their deserved credits during an Oregon Building Codes Division (BCD) website outage that occurred for many months up until it was resolved yesterday. Oregon Electricians can now rest easy knowing that their Continuing Education Credits have been posted to their Electrical Licenses. These credits are required by the OR BCD to keep their electrical licenses active for them to work!

On July 19, 2021 all continuing education providers, such as ElectricalLicenseRenewal.com were told by the Board that “Following a software update last weekend, our continuing education (CE) portal has been experiencing some issues. We have attempted several fixes without success.” This CE portal is used by many trades in the state of Oregon, so it is not just Oregon electricians who were affected. CE providers were also told “Despite escalation, we have been told by our software vendor that the portal issues may not be resolved until mid-August.”

Oregon electricians were calling and emailing CE providers in panic, when they “thought”, their hours were not reported to the Oregon Building Codes Electrical Board in a timely fashion. They had no idea that the OR BDC was doing software updates that triggered some technical issues and caused the reporting site to malfunction and keeping their licenses in limbo for months. During this time, many Oregon

electricians expressed their frustration and placed blame directly on the OR Electrical Continuing Education providers, but once the electricians realized it was the technical glitch at the board rather than a lazy CE provider, they were relieved.

Now that the technical issues have been fixed, the Oregon Licensed Electricians are able to get their Oregon Electrical License Credits reported again and on time! 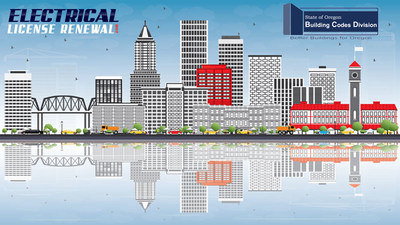 Global Maritime Forum: Launch of Getting to Zero Coalition Transition Strategy with…

The Worldwide Algae Products Industry is Expected to Reach $6.4 Billion by 2026…