Dubai, May 13, 2022 (GLOBE NEWSWIRE) — Libra Incentix, a growing consultancy specializing in Digital Transformation and Change Management, has recently seen great demand by other projects and companies who were seeking to partner with its SaaS platform, LIX. 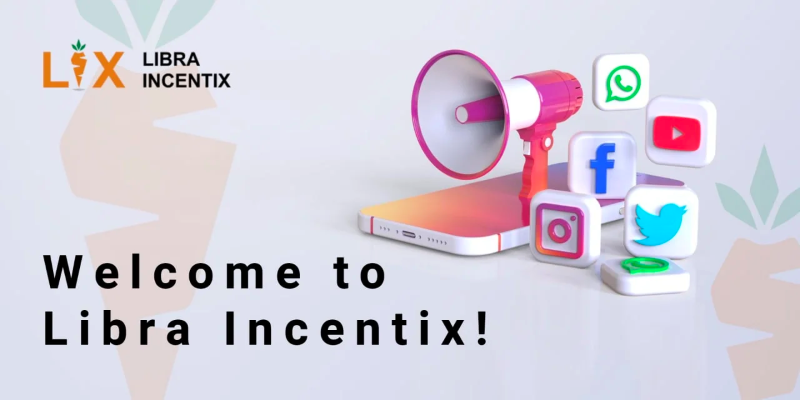 Who joined up with LIX?

One of the notable partners who joined LIX is SMIT — a US-based tech provider which wishes to use LIX to help drive the adoption of their software solutions. SMIT has great partners, such as tier-1 telecom companies like Ooredoo, Indosat, and STC.

Another firm that partnered with LIX is WallPost Company, which is a European ERP provider. This company has over 7,000 users in the middle east, and they integrated with LIX to use the project’s native token, LIXX, as a way of rewarding customer loyalty. In addition, it is using the LIXX token as a method of incentivizing users to try out the new features that the firm is implementing.

USHOP is another company that developed an interest in LIX and was open to establishing a partnership. This is a VAT refund agency based in London, featuring over 5,000 users who regularly use their app. They also serve over 1,200 merchants, including some major brands, such as Lacoste, Pandora, Swarovski, and Adidas. All of these partners use USHOP’s VAT refund service, and now, USHOP also integrated with LIX to leverage the LIXX token as a way of rewarding repeat spending.

Also, let’s not forget TAMIAS. This is a Point-of-Sale application that targets global markets. TAMIAS decided to integrate with LIX in order to use the LIX platform’s loyalty management system. The company decided that this will be perfect for their retail clients and restaurants that they collaborate with.

Furthermore, TAMIAS also established partnerships throughout the world, especially in the Middle East, Asia, and Africa, where it works with some of the largest telco operators. Apart from that, it also has affiliations with various fintech providers, payment gateways, and alike. Now, it is exploring different ways to use LIX, particularly focusing on methods of converting loyalty points into digital currency tokens, and ways of transferring money across borders, which would significantly help with its work.

Finally, there are 2 more brand new e-commerce platforms that have committed to integrating with the LIX marketplace, and they plan to start accepting LIXX tokens as a form of a discount on their own platforms. Since the planning and negotiating are still in the works with these platforms, so far, Libra Incentix and the platforms decided not to reveal which brands are included in the deal. However, it is known that the platforms have partnerships with some high-end fashion brands in the Middle East, so this move will certainly benefit everyone.

Who else will partner with Libra Incentix?

Apart from the two e-commerce platforms that are currently discussing the terms of the partnerships, Libra Incentix also revealed that it is in discussions with Africa’s leading Telco provider, as well as two of the largest Telcos in Southeast Asia. Right now, the parties are discussing how the LIX loyalty management platform can be used to replace their existing loyalty-point systems.

The plan is for them to white-label the token and the platform, so that they will be able to re-sell it to their retailers and restaurants. From what is known, that also includes thousands of merchants.

Another thing to note is that Libra Incentix also had a meeting with Binance’s legal representative. Binance is the world’s largest cryptocurrency exchange by trading volume, and it appears that Libra is discussing the potential listing on the exchange platform. If the two manage to make a deal, this will be a huge thing for Libra, as it will grant it massive exposure to traders and investors around the world. Not to mention that it will encourage new partners who might consider teaming up with the company.

Other than that, the project also revealed that there are multiple online stores and hotels that are looking to join its marketplace when it goes live in June of this year. So far, their names are still unknown, but the deals have been signed, and it is only a matter of time before the reveal is made.

In other words, Libra Incentix is growing rapidly, partnering with major names throughout the business world, with more coming all the time. The company has already sold 2.3 billion tokens, and it is only getting started.