Poinciana, FL, April 14, 2022 (GLOBE NEWSWIRE) — It’s often said that numbers do not lie even when people do. SafeBLAST (BLAST) was launched in 2021 with a maximum token supply of One Quadrillion. This is the same supply as Shiba Inu (SHIB), which was launched in the year 2020. 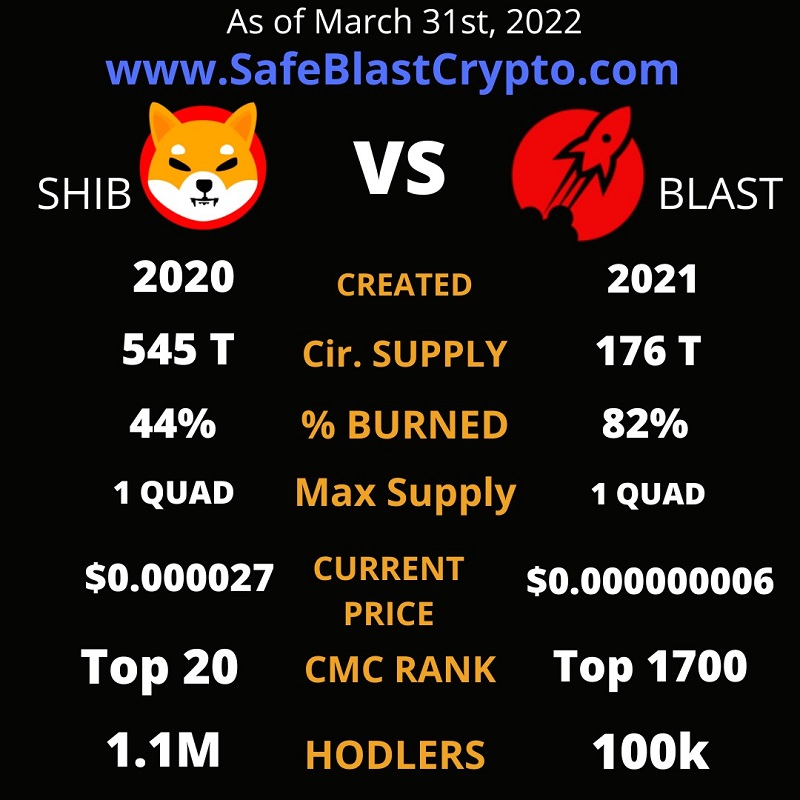 Despite having similarities in their initial token supply, a deeper look into both shows, these two projects are completely different and on different paths. The first thing that comes to mind, is the amount of tokens currently in circulation. SHIB was thrusted into the spotlight by the founder of Ethereum, after he burned majority of the tokens donated to him by SHIB. However, this major token burn for SHIB seem to have no match for SafeBLAST, which is often described as the “dark horse” in the deflationary token space.

At the time of this writing, SafeBLAST now has over eighty-two percent (82%) of its maximum supply burned and out of circulation forever. This burn rate, which is verifiable on the BNB Chain, is unprecedented in the crypto space especially among the major players in the same category. But it only gets better from here because SafeBLAST smart contract is renounced, which means there will be no more SafeBLAST tokens created or minted. This also means, if SafeBLAST goes on a bull run like SHIB did recently and able to reach the same market cap, SafeBLAST will be valued at more than ten thousand times (10,000X) it’s current value. It is remarkable to know that numbers like these are possible in the crypto market with a token like SafeBLAST.

According to CoinMarketCap verified numbers, SafeBLAST’s current circulating supply is about a third of SHIB’s circulating supply. Most of these token burns by SafeBLAST were manually done, just like SHIB. However, the big difference is that SafeBLAST has far more development at this early stage of the project than SHIB was at the same stage. In its first year, SHIB was more of a meme with little to no project development. But in less than a year, SafeBLAST is a fully functional utility token with many functions including its first P2E game, which is set for release this month.

SafeBLAST also have a deflationary mechanism, which enables the token to automatically burn a percentage of its supply, on every transaction occurring on the PancakeSwap decentralized exchange. The Founder of SafeBLAST recently said the team and the community has not ruled out the possibility of future manual buy and burn.

SafeBLAST currently has about 100k holders compared to SHIB with over 1Million Holders. SafeBLAST low market cap, which the founder described as “a perfect gem entry level opportunity” to newcomers, is also by far a lower entry point than SHIB was around the same time. Holders can use the SafeBLAST token for direct online, vending machine and retail store purchases. It can also be used on the project’s upcoming Play-To-Earn gaming platform. SafeBLAST is the first deflationary token to be accepted as tuition payment at GK College of Business, Arts and Technology. 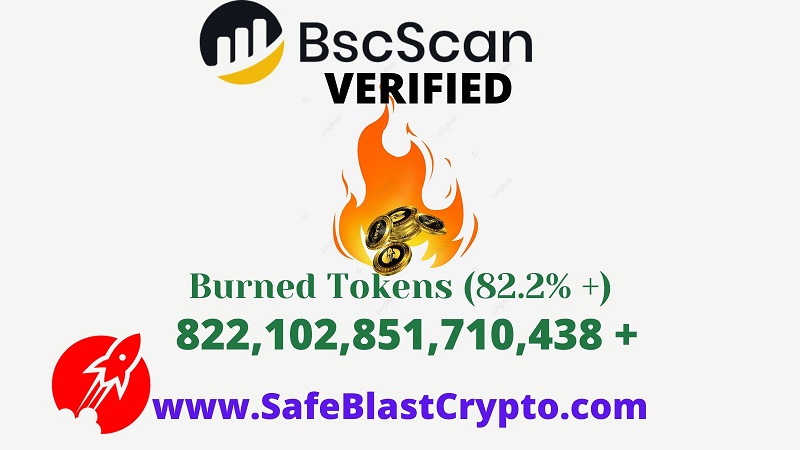 As a deflationary token, SafeBLAST is an Autonomous yield and Liquidity generation protocol. SafeBLAST (BLAST) token is geared towards mass adoption of cryptocurrency. It can be used by crypto newcomers, intermediates and experts alike. SafeBLAST is how you “learn-to-crypto” if you are a beginner and then grow into the industry with ease. It takes as little as one dollar or less to start. SafeBLAST is a growing project and so is the cryptocurrency space. This is obviously not financial advice and you are encourage to do your own research on any investment opportunity.

The information provided in this release is not investment advice, financial advice or trading advice. It is recommended that you practice due diligence (including consultation with a professional financial advisor before investing or trading securities and cryptocurrency).

Semperis Strengthens Active Directory Protection in the Asia-Pacific Market with…