INCOME Announces its Listing on CoinMarketCap and


Amsterdam, Netherlands, Dec. 28, 2021 (GLOBE NEWSWIRE) — (via Blockchain Wire) Income Finance (INCOME) is pleased to inform the community about the listing on CoinMarketCap and CoinGecko, after the first successful presale on Binance Smart Chain.

INCOME is a BEP20 token launched on the Binance Smart Chain (BSC), a trustworthy blockchain with significantly cheaper fees than the Ethereum blockchain but equivalent functionality.

INCOME has completed the Phase 1 of its roadmap (whitepaper), and is expected to enter the Phase 2 in the coming days, which will eventually see the project grow to more heights by the end of year 2022 after it has completed its final phase.

The Basis of the INCOME Ecosystem

INCOME aims to provide its holders with one of the highest rewards available in the market.

With a massive potential reflection, INCOME offers 20% rewards in $BUSD on all buys and sells. There will be a 25% tax on every buy/sell transaction between wallets. 20% $BUSD rewards will be distributed to all the holders holding at least $100 worth of INCOME. 3% will be added to marketing the marketing budget, and 2% will be used to automatically add liquidity to the token so that it remains stable and everyone has a fair chance to sell anytime he wants. 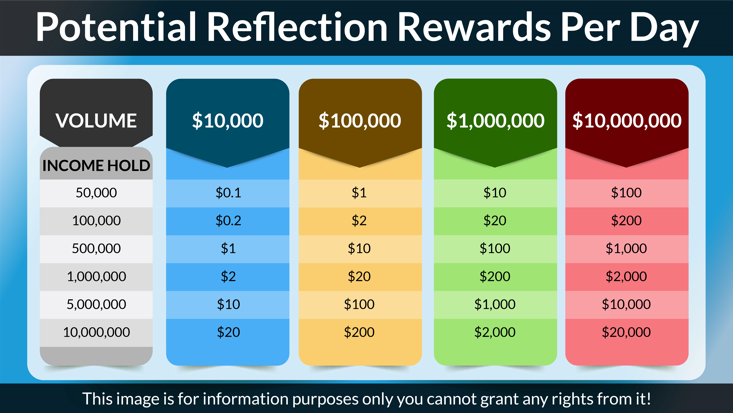 INCOME runs an anti-dump and pump mechanism. 25% tax on each transaction will demotivate the buyers to dump the token.

Massive 20% Rewards in $BUSD on all buys and sells.

The INCOME token had its presale on PinkSale Launchpad on December 14th, 2021 at 17:00 UTC. INCOME was able to fill its HardCap of 300 BNB in less than 5 hours.

318 contributors participated in the presale.

INCOME was listed on CoinMarketCap and CoinGecko after 6 hours of its launch.

With further planned partnerships and marketing projects forthcoming, INCOME is expected to launch the 3rd Party Buyer Surprise, and complete the Buy Back Program by the end of Phase 3. The INCOME token is expected to have 4000+ holders after it has completed its Phase 3.

A Possible Utility is also anticipated to be added to INCOME after some research and development has been done.

INCOME is planning to organize an airdrop on CoinMarketCap to get exposure to 4 million potential customers. INCOME is in contact with multiple big influencers in the crypto space to gain exposure and increase marketing.

The future of DeFi is receiving rewards on your tokens while keeping them safely in your own wallet. Income Token is the future of DeFi. HODL INCOME tokens in your wallet and see your BUSD portfolio grow over time. INCOME is a one-of-a-kind high-distribution token paying 20% to it’s HODLers every time a transaction is made. Most other coins only give you 2% to 10% rewards.

Vectra Unveils Winners of Inaugural Partner of the Year Awards