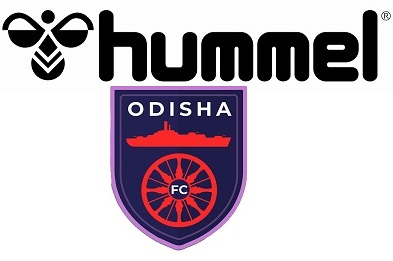 Danish sportswear brand hummel has confirmed a new partnership with Odisha FC, ahead of eighth season of Indian Super League, scheduled to start from November 19th 2021.


The legendary Danish brand has a proud sports history and is one of the most recognised team sports brands in the world with roots in football & handball, has previously been worn by iconic football teams such as Real Madrid, Tottenham Hotspur, Aston Villa, Benfica and the Denmark national team. Today, hummel continues to sponsor clubs and players within handball and football, Everton & Southampton to name a few.


Speaking on the partnership, hummel, India & SEA Director, Soumava Naskar said, “Venturing into team sports in India is integral to our growth strategy and we are delighted to be starting this new agreement with Odisha FC. We look forward to developing a mutually beneficial relationship.”


Odisha FC Club President, Mr. Raj Athwal said, “The announcement marks the beginning of a new and exciting relationship as we welcome hummel to Odisha. It’s important that we work with brands that share our ambition and hummel’s commitment is aligned with our vision for Odisha Football Club.”


Odisha FC’s Head of Football Operations Mr. Abhik Chatterjee explained, “We are attempting to build a new global appeal for Odisha FC under Raj’s leadership and our partnership with hummel marks our intent to do so. I hope that the fans of the Club are equally excited about the possibilities that exist under the umbrella of this association.


Established in 1923, Danish sports brand hummel has a long history within the international sportswear industry. Headquartered in Aarhus, Denmark the hummel mission is to Change The World Through Sport based on a unique Company Karma philosophy that strives to balance running a profitable business, while maintaining a high degree of social responsibility. hummel designs, produces and markets high quality clothes and sports equipment, as well as fashion and leisure sportswear for both adults and children. hummel is privately owned and part of the Thornico Group.


Odisha FC is a football club that represents the beautiful state of Odisha and participates in the Indian Super League, the top tier of Indian football. Formed in 2019, our club is driven to develop the next wave of football stars from Odisha. They have partnered with the Government of Odisha and the Spanish football Legend, David Villa’s DV7 Group in order to unearth the stars of tomorrow. The club is solely owned by the GMS group.