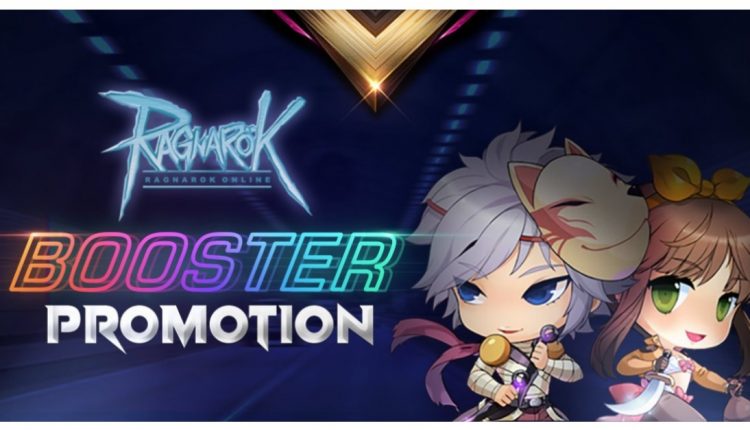 This major update is one of many in the long successful history of Ragnarok Online, which was first released in Korea in 2002 and internationally in 2003.

The latest update, released on June 10th, 2021, provided a balance for the Sura, Wanderer, and Maestro classes. Additionally, a new Friday and Weekend dungeon will appear along with changes to the TE Godly Items and WOE Treasures.

Players can also register for a booster character that will receive a Booster Package that gives unique gifts to players upon reaching certain levels while the promotion lasts. Further information for the upcoming promotion, as well as the registration page for a booster character, can be found on the official Ragnarok Online website.

Ragnarok Online can be downloaded at the link below:

Established in April 2000, during the early stages of the Korean online gaming industry, Gravity has been leading the golden age of online and mobile games. Gravity is the only game company in Korea that is directly listed on the NASDAQ.

Gravity has been servicing games of various genres in Korea and abroad on the basis of the Ragnarok IPs, such as Ragnarok Online, a PC MMORPG with the largest user base in the world, Ragnarok M: Abyss Awakening, a mobile MMORPG, Ragnarok: Labyrinth, and Ragnarok: Poring Merge.

With the launch of ‘Ragnarok Origin’, a mobile MMORPG, in July 2020 in Korea, Gravity achieved box office success with high revenue in two major game markets. And immediately after it launched ‘Ragnarok X: Next Generation’ in October 2020 in Taiwan, Hong Kong and Macao, it ranked No.1 in revenue in two major markets in Taiwan and Hong Kong, while recording the highest in Google revenue in Macao. The company will make a surprise launch of ‘Ragnarok X: Next Generation’ on June 18, 2021, in Southeast Asia.

Based on its powerful global network established through the success of Ragnarok Online, Gravity is also promoting the global publishing business to develop and distribute a range of platform and genre games as well as games using Ragnarok IPs.

SKT to Participate in E3 2021 to Showcase Exciting Korean Games