Shenzen, China, July 01, 2022 (GLOBE NEWSWIRE) — On June 29, 2022, the Blue Planet Collection Ceremony was officially held at the Museum of Art and History (Musée d’Art et d’Histoire, MAH) in Geneva, Switzerland. It is understood that this is the first Chinese watch brand to be displayed by the museum. This donation ceremony was hosted by CIGA Design and the MAH. 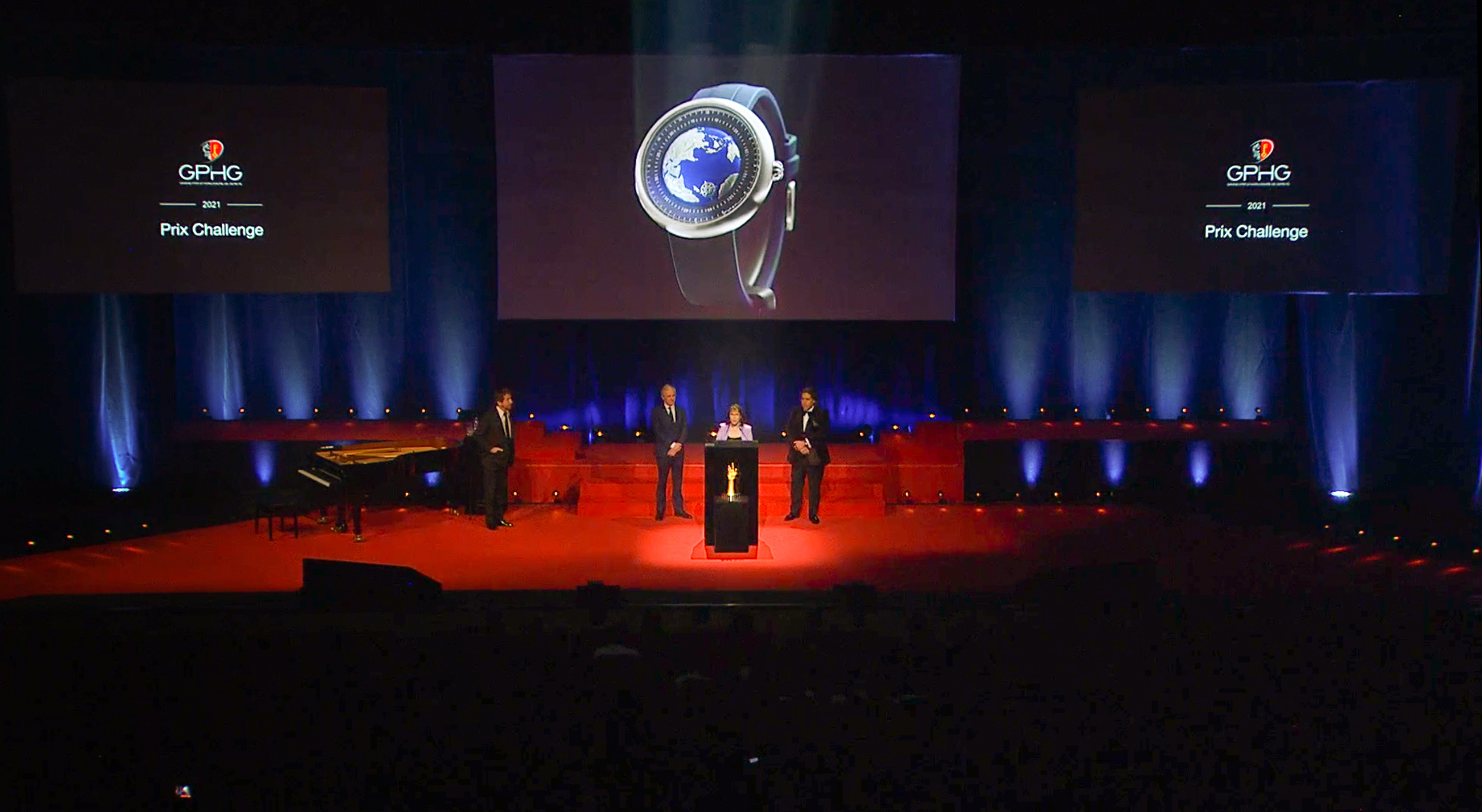 The MAH is one of the largest and most important museums in Switzerland, with over 7,000 works of art from the prehistoric to contemporary period, from locations in Europe, Africa and Asia. The unique interdisciplinary nature of the collection and exhibition gives it a strong reputation in Switzerland.

At the donation ceremony, the representative of CIGA Design, donated the U-Series Blue Planet Wristwatch (award-winning version) to the MAH, which has now become a permanent addition to the MAH’s collection. The representative told reporters, “It is the dream of many Chinese watchmakers to display Chinese watches to the world. This donation ceremony is the first time that Chinese watches have been added to the collection of the Geneva Museum in Switzerland, the birthplace of modern watch culture. This event marks the first time that the Chinese watch industry has created a brand with international influence. At the same time, it has also allowed the West to re-acquaint itself with Chinese watch brands. Now, the most-respected place for global watches is finally displaying an example of Chinese watch brands.

The curator of the MAH, expressed his gratitude. For the museum, the donation is of great significance. This donation from a Chinese brand is an important supplement to the MAH’s collection, a source of sustainable subsistence and development for the museum, and one of the most important criteria for greatly enhancing the museum’s international influence.

The executive Committee of the Green Design Organization, said, “This Blue Planet piece donated by CIGA promotes the idea of green design and environmental protection, which is urgently needed during this era of global warming. We need to use “green design” as a means to lead the transformation of production, lifestyles and consumption habits. In this way, we can achieve the integration and symbiosis of man and nature. I believe that this donation ceremony will greatly promote the exchange and cooperation of “green design” information, technology, materials, projects, capital and talents in both China and abroad, and make a significant contribution to building a global green development dialogue platform.

On November 4, 2021, at the award ceremony of the Geneva Watchmaking Grand Prix (GPHG), known as the “Oscars of the Watch World”, CIGA Design, an original designer watch brand from China, competed with 208 watches from all over the world with its Blue Planet model, and became the only Chinese watch brand to enter the award lineup in the 21st award ceremony. After that, in a competition between 84 finalists for 14 of the most prestigious, authoritative and influential individual awards, Blue Planet succeeded in its goal and won the “Challenge Award” of the 21st Geneva Haute Horlogerie Awards. This made it the first Chinese watch to ever win this award, and showed the whole world what Chinese watch brands are capable of.

The CIGA Design U-Series Blue Planet was created by the founder of CIGA Design, during the post-COVID era, and was inspired by the relationship between human beings and the Earth. Its “environmental protection” concept and innovative design inspired by other watches with no hands have been recognized by Chinese and non-Chinese watchmakers alike. The piece is based on the Earth on which we live, integrates modern mechanical art aesthetics to create a planet that people can wear on their wrists, visualizes the inspiration of life and environmental protection, displays the planet with a new perspective of life with fine micro-sculptures, reinterprets the humanities and arts by using elements such as mountains, rivers, landforms and oceans, and allows “hours” and “minutes” to circulate infinitely in alternation. This creates a figurative and primitive form of nature in people’s minds, and increases their awareness of environmental protection.

As the new generation of young consumers awakens to the spiritual expression of their own personality and values, traditional timekeeping watches can no longer satisfy the desires of contemporary people for wrist accessories. As the first original designer watch brand in China, CIGA Design has always adhered to its original design, reshaped wrist aesthetics with modern mechanical art design language, and endowed its watches with new vitality and spiritual connotations. Following Bauhaus’ design concept of “form follows connotation”, the founder, Mr. Zhang Jianmin, established the unique brand called DNA under CIGA Design with the two basic concepts of “reasonable and unexpected”. With its subversive and innovative design concept, CIGA has become a dark horse among “trendy national” brands. In addition, this donation ceremony has once again proved the influence of CIGA Design in the international market.

Chinese brands have achieved a breakthrough at GPHG, which may be an opportunity for the world to appreciate Chinese products and witness the development of Chinese watch culture. As Victoria Gomelsky, a reporter of the New York Times, said in a report, “In the tight-knit world of Swiss watchmaking, China’s dual identity as a manufacturing center and fast-growing luxury market is well understood. But until the 2021 ceremony, virtually no one in the Swiss watchmaking establishment regarded Chinese brands as competitors — as the industry’s stunned reaction to CIGA Design’s win underscored.”

The donation ceremony was held in the hope of encouraging China’s watch industry to persistently give full play to the advantages of “Made in China”, and strive to make China a “powerful watchmaking country” in the unique way that its national advantages allow it. Meanwhile, the donation ceremony has also reminded us that mankind should change its past mentality of conquering nature, and think more about how to live in peace with the Blue Planet and cherish our common home.

TF Bank AB (publ): Invitation to the presentation of the Interim report for January – June 2022

NowVertical Group Completes the Acquisition of A10 Group

GiveTaxFree.org Remains Only Non-Profit Crowdfunding Site in the United States