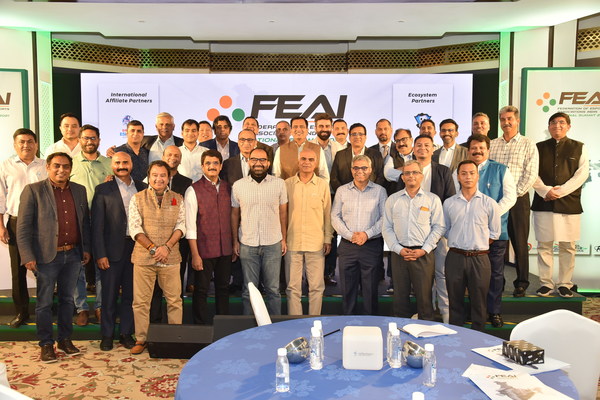 NEW DELHI  , Oct. 22, 2021 /PRNewswire/ — Esports despite being a new addition to the global Olympic agenda, has gained massive growth across developers and talent due to the sheer potential and digital penetration India has witnessed over the last few years. The narrative is developing quickly across the country and hence the need to bring together all stakeholders on a common platform to chart the course ahead was a much welcome development. The Federation of Electronic Sports Association of India (FEAI) organised a national summit today bringing together key members of the industry along with sporting legends, esports talent and representation from across key states to discuss the way forward for the sector to come together and structure a sustainable growth. Today, India has 150,000 players and approximately 60,000 teams. This number is estimated to reach over 1.5 million by FY 2025. 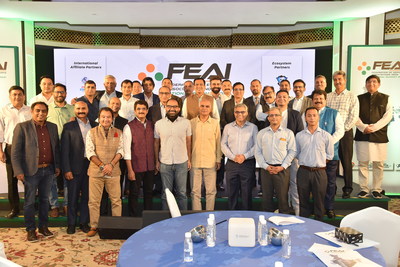 Speaking at the inaugural function, Shri Vaibhav Dange, Founding Director, FEAI & President, Maratha Esports Association said, “India is poised to make headway in esports and reap great benefits from this pursuit, both in terms of the Indian youth’s participation in esports and their willingness to create their own identity in the global esports arena, as well as the overall development of esports as an industry as a whole. We are involved with all stakeholders to put together a draft policy which highlights the right definition of esports, how it is differentiated from online gaming, what is the regulatory framework that is needed and how athletes need to be ranked and protected in the long term.”

Mr. Dange also expressed his gratitude on behalf of the FEAI for the support of their anchor partners in the Indian esports ecosystem, foremost among which have been Dream Sports Inc, JetSynthesys Pvt. Ltd and Nereus Sports.

Mr. Harsh Jain, Chief Executive and Co-Founder, Dream Sports said, “This is a very exciting time for esports in India. From a sports perspective, esports is at the same stage in India that cricket was, before the BCCI (via IPL) redefined the game forever and unlocked the potential of the entire cricket ecosystem. Esports has the ability to transform the way that fans engage with sports, that Fantasy sports already do for over 120 million Indian sports fans. We are proud to be working alongside FEAI and the government for the last year and we have committed to growing esports in India through multiple acquisitions and investments already. These will all enable esports players to complete, learn and upskill themselves through world class platforms that are made in India.”

Mr. Rajani Navani, Founder, JetSynthesys Pvt. Ltd. spoke about the immediate action required following the establishment of the FEAI. He said, “Today marks a momentous occasion that we may look back to in 10 or 12 years’ time when we chart the journey of esports in India. As the immediate three-point agenda, we must firstly work towards maintaining the centrality of players and consolidating a talent pool in the country under a pr ofessional structure. Secondly, we must face the challenges of data sovereignty and implement a policy framework around data protection and data sovereignty; and thirdly, we must work towards making Indian esports and indigenous titles truly global. We must endeavour to create a sustainable economy around esports that aids job production and enables revenue generation.”

Beyond traditional sport, the difference in the stakeholder mix when it comes to esport is the publishers playing a critical role in the mix. On the other hand, esport does need an administrative structure keeping in mind robust local and international competitive tournaments and the growth of talent which needs to be streamlined. So far the industry has been highly fragmented leaving structure and future prospects open to interpretation. Often the line blurs between esport and gaming. This needs to change. Unlike online games, esport embodies the digital manifestation of traditional sport. This was recently demonstrated at the Olympic Virtual Series during the recently concluded Tokyo 2020 Olympic Games held earlier this year. The esports games are monitored and requires the same skills as many traditional sport like hand-eye coordination, strategy development and a deep knowledge of the sport and its rules of play. Like traditional sport, esport requires time to train and practice.

Speaking about the growing need to view esports in the same light as we view conventional sports, Dibyojyoti Mainak, Director, Nereus Sports said at the event, “We aim to bring about a cultural shift in the awareness around the acceptance of esports as a wholesome pursuit that is not differentiated from pursuing conventional sports. As a global player in this space, MPL is working towards conducting large scale tournaments in esports which can bring players from all around the world to compete under one umbrella, preferably in indigenous titles conceptualized and made in India. It has been an honour for MPL to associate with the FEAI since the very beginning, having been a part of the deliberations that have taken place and to be heard by the team since the start. Going forward, we are thrilled to work together to take Indian esports to the world.”

The most critical tournaments being those held at the Asian Games as a medal sport and South Asian Games apart from the next edition of the Olympics as well. Indian developers have the task ahead to develop more customised games suited to esports tournaments and talent. These digital versions of traditional sport are far more accessible and form a critical stepping stone in grassroots development of any sport as well. With growing uncertainty with changing conditions around the pandemic, esports can act as an essential training conduit across novice and professional athletes.

FEAI endeavours to create a policy led narrative and welcomes industry feedback both at the Centre & State level through its 26 state associations. FEAI will be formulating a policy knowledge paper to take the dialogue forward.