Tallinn, Estonia, April 07, 2022 (GLOBE NEWSWIRE) — Large-scale token burns are not unusual for the crypto space. Binance, among other platforms, routinely burns its native BNB tokens in order to strengthen the token’s position. With Binance, the aim is to reduce the total emission by up to 50% or 100 million of the total supply. But what just occurred with the launch of the QUBE token is something else entirely. 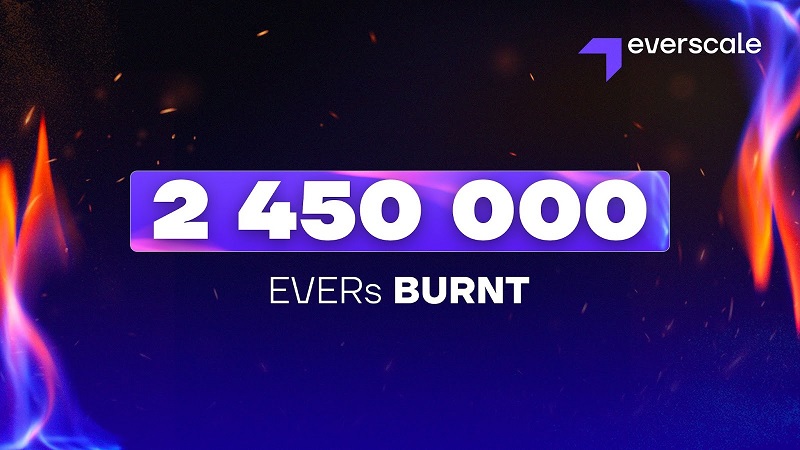 For those that are out of the loop, FlatQube is a Broxus-powered DEX operating on the Everscale network. Over the past several months, Everscale has been undergoing substantial changes aimed at repositioning itself in the premier tier of DeFi ecosystems and realizing all of the potential the network has.

One of the focal points of Everscale development has been the idea of complete decentralization. The network has the capabilities necessary to become a decentralized hub of finance for a massive userbase and has made strides to bring its users into the fold when it comes to governance and making decisions that impact the entire ecosystem.

This can be seen in the first DAO protocol that was rolled out in the network’s ecosystem, the Octus Bridge DAO. Octus Bridge is a cross-chain transfer platform that allows users from a wide variety of blockchains to take advantage of the low transaction costs and limitless scalability of the Everscale network. By releasing a BRIDGE utility token, the platform was able to activate its DAO protocol and open up control to users.

A similar idea was envisioned for the network’s FlatQube DEX. The team behind the platform decided to gauge the community’s interest in the DEX’s governance by launching its own QUBE utility token on EverStart, the network’s launchpad. By acquiring and holding QUBE, users of the platform will be able to vote on proposals to change the platform and submit proposals of their own by staking QUBE. Beyond that, developers have planned for QUBE to play a central role in platform operations, potentially as a means for users to save money on platform operations and as another addition to the DEX’s staking and farming offerings. 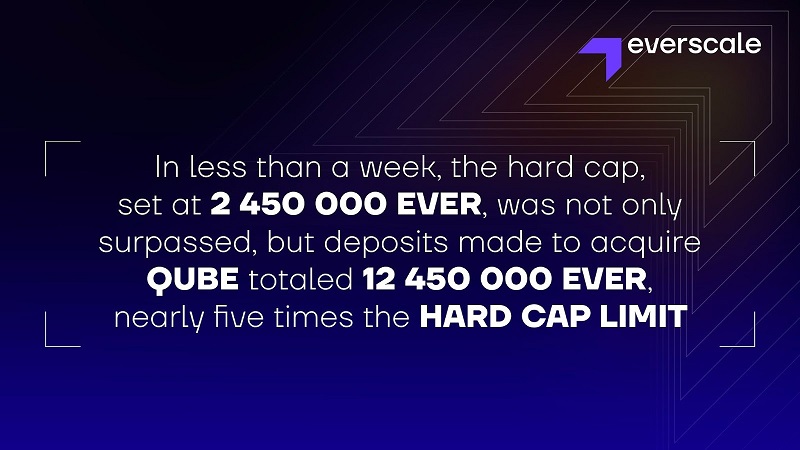 The results of the token launch speak volumes in terms of the community’s interest in taking on more governance responsibility. In less than a week, the hard cap, set at 2,45 million EVER, was not only surpassed, but deposits made to acquire QUBE totaled 12,45 million EVER, nearly five times the hard cap limit. As a result, it seems safe to say that not only will the FlatQube DEX have a DAO governance protocol, the FlatQube DAO looks to be set to thrive.

In the aftermath of the launch’s success, Everscale has moved forward with the unprecedented burning of the EVER tokens used to acquire QUBEs. The total amount to be burned is 2,450,000 EVER, equal to over $500,000. The move will strengthen the rate for EVER and reduce total circulating supply, while also signifying a new dawn for the network as a whole. With the upcoming evolution of the DEX to a DAO-governed platform, Everscale is one step closer to realizing its vision of unrivaled decentralization.

Users who participated in the token launch will receive their QUBE tokens, in proportion to the amount of EVER they deposited, as they pass through the platform’s vesting system. Full information on how the vesting process works can be found on the token’s launch page.

About Everscale
Everscale is a new and unique blockchain design that proposes a scalable decentralized world computer paired with a distributed operating system. Everscale is based on a platform called Ever OS, capable of processing millions of transactions per second, with Turing-complete smart contracts and decentralized user interfaces.

Everscale presents some new and unique properties, such as dynamic multithreading, soft majority consensus and distributed programming, which enable it to be scalable, fast and secure at the same time. It is governed by a decentralized community founded upon meritocratic principles via the Soft Majority Voting protocol.

Everscale has powerful developer tools, such as compilers for Solidity and C++, SDK and API, client libraries ported to more than 20 languages and platforms, a range of decentralized browsers and wallets empowering many applications in DeFi, NFT, tokenization and governance domains.