MIAMI, July 07, 2022 (GLOBE NEWSWIRE) — Doroni Aerospace, Inc. (“Doroni”) today announces the launch of their new crowdfunding campaign on the equity crowdfunding platform StartEngine.com. The company previously closed their first Reg CF raise on StartEngine on April 29, 2022, having officially raised $1,069,850 from 916 investors. Now, the company has its sights set on a $2M offering max and is offering investors 50% Bonus Shares of Preferred Stock for the first 3 days the campaign is live as part of a limited-time, welcome back promotion.

Doroni CEO/Founder Doron Merdinger is also inviting long-time supporters as well as new investors to join the team for an exclusive welcome back webinar on Wednesday, July 20th 3PM EST. Doron will be providing an overview of the company, current development progress of the H1 eVTOL, and will be answering questions in addition to offering a glimpse at what’s next for the company.

Those interested in attending can register via the link: https://us02web.zoom.us/webinar/register/WN_-KOs6cZTQamMoGlx4E_tFg 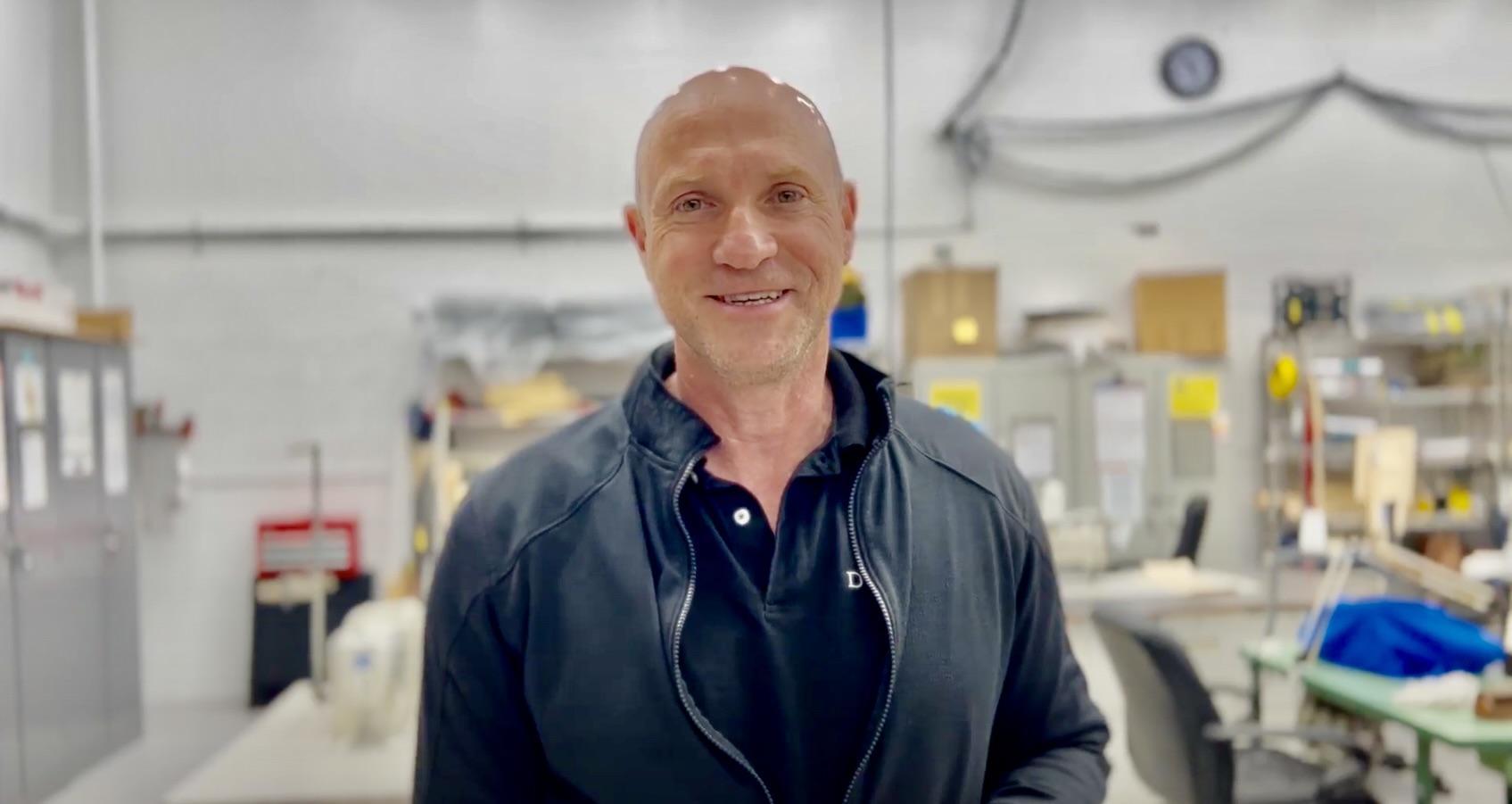 “We’ve been absolutely humbled by the outpouring of support from our families and community of supporters and investors. Doroni is on a mission to fix our broken transportation ecosystems with the Doroni H1 personal eVTOL—and we can’t wait to show our community what we’re capable of.”

Doroni Aerospace, Inc. is a pre-revenue aerospace engineering and manufacturing company that has developed a practical, efficient, and cost-effective electric vertical takeoff and landing aircraft (eVTOL) mobility platform. The company’s go-to-market product currently under development, the Doroni H1, is a two seater personal eVTOL that will be made available for public purchase which anyone can own, fly, and park in a standard two car garage. In order to get started, customers will need a current valid driver’s license and completion of a 20-hour training course provided by the company. Doroni is targeting a Light Sport Aircraft (LSA) certification with the Federal Aviation Administration (FAA) ahead of product launch in the second half of 2024.

Doroni was created in 2016 by CEO/Founder Doron Merdinger with the intention of delivering electric vertical takeoff and landing (or “eVTOL”) technology directly to consumers, offering a safety-centric mobility option that allows people to intuitively transport themselves at a fraction of the time possible with traditional automobiles. Commercial air taxi operations in major metropolitan US cities are presently 2-3 years away and personal eVTOLs represent a major paradigm shift in urban transportation.

The company’s mission is to democratize the power of flight—the H1 eVTOL’s easy-to-use control system, intuitive flight design, and quick deployment were engineered to simplify the inherent complexities of helicopter and airplane flight, potentially making it accessible without the need for a pilot’s license and years of flight training. This design is sophisticated in its simplicity and possesses the potential to bring sustainability to our transportation ecosystems and efficiency to the way we commute, ship goods, and respond to emergencies and natural disasters. Doroni ultimately envisions their personal mobility platform serving as one of the primary clean transportation solutions for individuals, families, first responders, law enforcement, and the military.

The company’s global team possesses decades of cumulative experience in the aerospace, electronics, software engineering, and battery technology fields and has the ingenuity and drive to help get the industry off the ground. Doroni believes the transportation sector, and the world at large, stands at an inflection point and the company is positioning itself to deliver a disruptive technological change to commuter transportation with a magnitude similar to the smartphone’s impact on the world of telecommunications. 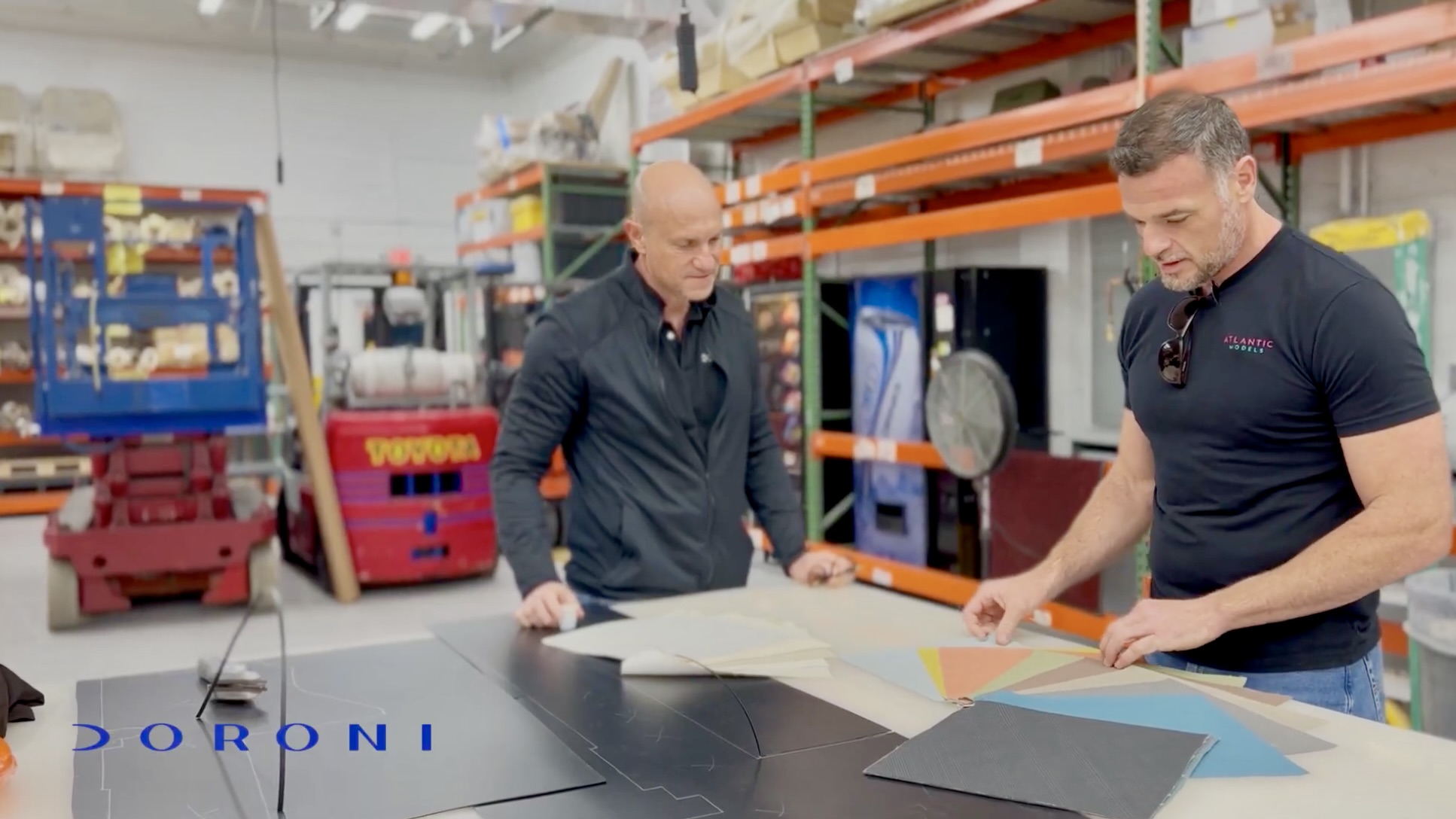 Doroni procured and moved into a new research and development facility at the beginning of 2022, where it began production of the H1 eVTOL prototype. The company has finalized the H1’s airframe design and is currently producing two fully-functional cockpits with software, avionics, and computer systems that are ready for flight integration: one for the purpose of simulations and one for flight tests.

Doroni has NDA agreements in place with major Original Equipment Manufacturers (OEMs) like Honeywell Aerospace, Garmin, and Amphenol to incorporate components into the H1. In addition, Doroni is supported by Space Florida, a state government agency, who is providing resources to bring the company’s operations to scale (i.e. allocating land, building production facility and tooling, leasing, etc.).

Doroni also recently recruited Dan Saccani as the company’s fractional CFO. Mr. Saccani is a former Tesla and Lucid Motors CFO who has worked with start-up and technology companies for 35 years, having spent the last 25+ years consulting with a variety of start-ups in life sciences, software, semiconductor, hardware, cleantech and internet.

In early March, the company revealed the H1 3D model, the most comprehensive look at its go-to-market product it’s offered to the public to date. Doroni Aerospace also plans to present the H1’s cockpit via a full VR experience as part of the 16th Annual Electric Aircraft Symposium (EAS) hosted by the Vertical Flight Society, which takes place July 23-24 at Oshkosh, Wisconsin. The company has received interest for pre-orders from private consumers, and is ready to officially begin accepting deposits within the next month (July 2022).

To the best of Doroni’s knowledge, the company has procured nearly all of the technology, components (batteries, motors, etc.), and partnerships necessary to complete a flying prototype and begin flight tests before the end of 2022. From the company’s discussions with James E. Wilborn—Manager, Center for Emerging Concepts & Innovation, Federal Aviation Administration—it is Doroni Aerospace’s understanding that the company is further ahead than any other personal eVTOL developer.

Future Roadmap
The company projects to have a full-scale, fully-functional flying H1 eVTOL prototype completed within the next several months and is targeting a Light Sport Aircraft certification with the FAA ahead of product launch in the second half of 2024. Doroni also intends on growing its current intellectual property to include 15+ design, aerodynamic, and battery utility patents by Q1 2023.

Currently, Doroni’s future development roadmap includes, but is not limited to: completing the full-scale, fully-functional flying prototype; the evolution of system and software architecture including protocols; testing in various conditions, i.e. weather, winds, temperatures, etc.; and working with a Designated Engineering Representative (DER) to assist the company in securing an LSA certification with the FAA.

The company is also engaging with local government and law enforcement agencies, and is excited to share its vision for what’s possible with flight via its design and user experience.

Valuation Increase
Doroni Aerospace settled on its initial $14M valuation relatively early in the development process prior to the first Reg CF offering on StartEngine, which began in November 2021 and closed on April 28, 2022. The primary intention of the valuation was to deliver the best possible value for the company’s early adopters and supporters based on its concept, team, and company model. This first campaign received a tremendously positive response from investors and the company was extremely happy to offer a chance to leverage early bird offering valuation and terms. The campaign was ultimately oversubscribed and closed early, meeting the $1.07M offering max.

Following the close of the campaign, a reputable external valuation company provided the company a valuation based on available information. With all factors considered but not limited to the company’s current and past progress and owned intellectual property, the external analysis concurred on raising the company’s valuation from $14M to $159M.

Looking Forward
Doron Merdinger and the entire Doroni team would like to thank their family, friends, and entire community of investors for their continued support. The company is looking forward to the kickoff of a great campaign that will help build a safe, sustainable, efficient, and cost-effective personal mobility platform of the future.

For investment opportunities, please visit us at: www.startengine.com/doroni-aerospace