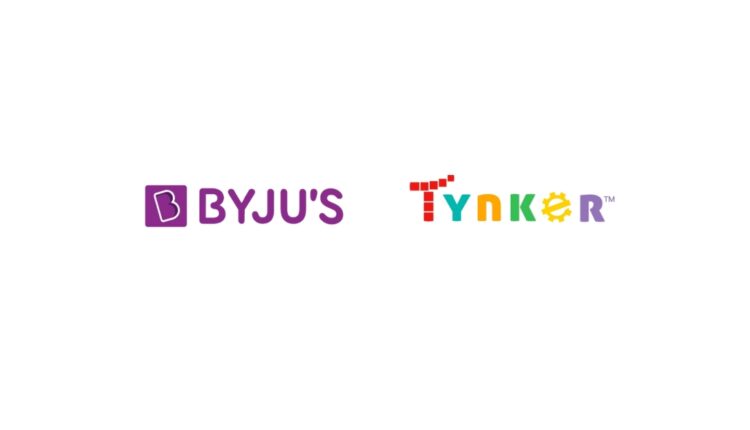 MOUNTAIN VIEW, Calif. & BENGALURU, India–(BUSINESS WIRE)–BYJU’S, the global leader in personalized learning with more than 100 million students on its platform, and Tynker, the world’s leading K-12 creative coding platform, today announced that they have entered into a definitive agreement for BYJU’S to acquire Tynker, further accelerating BYJU’S U.S. market expansion. The acquisition will enable Tynker to introduce its creative coding platform to even more kids, educators, schools and coding camps globally. Tynker’s creative coding platform has been used by over 60 million kids and 100,000 schools in 150 countries.

Tynker co-founders Krishna Vedati, Srinivas Mandyam and Kelvin Chong will remain in their roles and continue carrying out Tynker’s mission of providing every child with a solid foundation in computer science, programming, and critical thinking skills. All three co-founders are parents themselves and started Tynker to create a platform that would provide children with the proper tools to create an engaging introduction to computer science. Since its inception in 2013, Tynker has helped kids create over seven billion lines of code, and the founders remain passionate about bringing every young learner’s creation to life and making an indelible impact on the current education system.

“Joining forces with Tynker will unlock the ability for us to bring imagination to life for hundreds of millions of students through coding,” said Byju Raveendran, Founder and CEO, BYJU’S. “Our goal is to ignite a love for programming in children globally and we feel strongly that Tynker’s creative coding platform and approach to making programming fun and intuitive for kids will get us there even faster.”

Bringing Tynker into the BYJU’S family will help guide the two edtech giants to their goal of unlocking a love for creative coding by innovating, exploring and setting new benchmarks for tech-enabled personalized learning solutions. The acquisition will not only help expand BYJU’S U.S. footprint by providing access to the more than 60 million students and over 100,000 schools in Tynker’s existing global user base, but is also key for both brands who share the same vision to democratize access to coding for students.

“At Tynker, we believe that kids of all ages should develop the critical thinking skills needed to become the ‘makers of tomorrow,’” said Krishna Vedati, co-founder and CEO of Tynker. “Our focus is on understanding what kids are passionate about – whether that’s building games, making animations or modding Minecraft – and we then create specific experiences, apps and personalized learning paths to empower them to create with code. We wholeheartedly believe that joining the BYJU’S family can help children on a global level develop the fundamental STEM skills that will serve them well as they progress in school and ultimately help prepare them for careers in both technical and non-technical fields.”

Technology is integrated into virtually every aspect of our lives and continues to evolve, and because of that, learning about it is more important than ever. In fact, parents and educators alike believe that coding is an important skill that children will need to succeed in the digital economy. Tynker is loved and known by kids, parents and educators around the globe and has notable partners to help drive its vision, including BBC Learning, Google, Microsoft, Mattel, NASA, and more. Additionally, Tynker is also known for its pioneering role in providing fun and engaging coding games and puzzles to the Hour of Code™, a global movement to introduce people of all ages to computer programming, with millions of students participating each year.

Over the last year and a half, BYJU’S has acquired two additional major edtech companies in the U.S. – Osmo, the award-winning playful learning system for creating healthy screen time experiences, and Epic, the leading online digital reading platform. All three acquisitions map back to BYJU’S goal of investing $1 billion in the U.S. edtech market over the next three years.

Launched in 2015, BYJU’S is the global leader in personalized learning, and is beloved by 100 million students around the world. Founded by Byju Raveendran and Divya Gokulnath, BYJU’S was created to unlock the love for learning for students K-12. By blending real-world and digital play in a seamless, active way, BYJU’S has created an opportunity for people to learn at their own pace and style with the support of an empowering network of 11,000+ global educators. The company is paving the way for new-age, geography-agnostic learning tools that sit at the cross-section of mobile, interactive content and personalized learning methodologies.

To learn more, go to: byjus.com

Tynker is the world’s leading K-12 creative coding platform, enabling students of all ages to develop the coding skills to design and power animations, games, music, robots and drones, smart devices, virtual worlds like Minecraft, and more. The company’s award-winning platform helps kids engage at home, school, and on the go, while developing critical thinking, problem-solving, and programming skills to help them be successful today and tomorrow. Tynker’s highly successful coding curriculum has been used by one in three U.S. K-8 schools, 100,000 schools globally, and over 60 million kids across 150 countries. Tynker’s partners include some of the world’s most respected brands, including BBC Learning, Google, Microsoft, Mattel, NASA, and more. Tynker is accessible from any computer with an internet browser, as well as via the Tynker and Tynker Junior mobile apps, and offers both free and paid subscription options. For more information, visit http://www.tynker.com.

Trust is the New Management Mantra in the Hybrid Workplaces, Affirm HR Leaders

Food Delivery and the Online Platform Services Sector in China –…