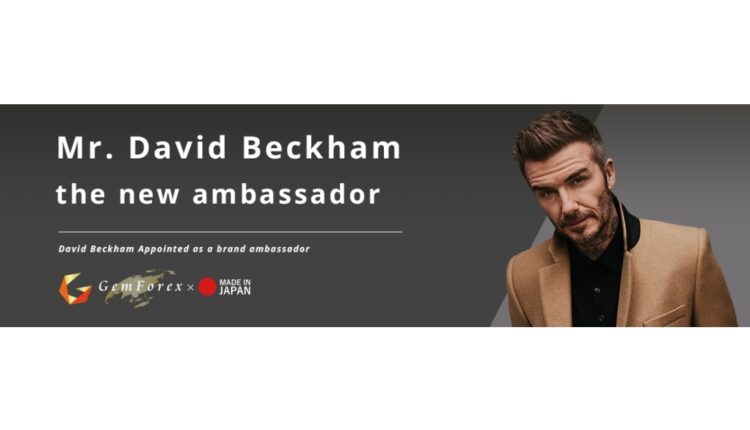 The brand owner of GEMFOREX is Gem Group Holdings LTD, and the service operator, Lindholm Capital Ltd, has obtained a Mauritius financial license (GB21026537) and is expanding its services mainly in English-speaking countries, Japan, China, Hong Kong, Taiwan and Korea. The company was founded in October 2010 as GemTrade and started with a free service of automated FX trading software (EA) (Gemtrade), followed by a mirror trading service (Gemde Mirror Trade). In operating these two services, the company has always acted as a bridge between traders and various FX companies. In October 2014, GEMFOREX was released as Gem Group Holdings LTD in order to establish the ideal FX company that we envisioned. As a Japan-made FX company, it has been 11 years since the company was founded and 8 years since the release of GEMFOREX.

David Robert Joseph Beckham, a midfielder for the England national team who retired in 2013, was twice voted FIFA Player of the Year, became the first footballer to earn the most money in 2004, and became the first Englishman to play 100 matches in the UEFA Champions League. He was captain of the England national team for 58 games from November 15, 2000 to the 2006 FIFA World Cup, and continued to be selected for the national team until March 26, 2008. He is also the current co-owner of Inter Milan CF in the MLS.

David Beckham has been appointed as GEMFOREX’s brand ambassador in Asia under a three-year contract. A video message from David Beckham to GEMFOREX users is currently released.