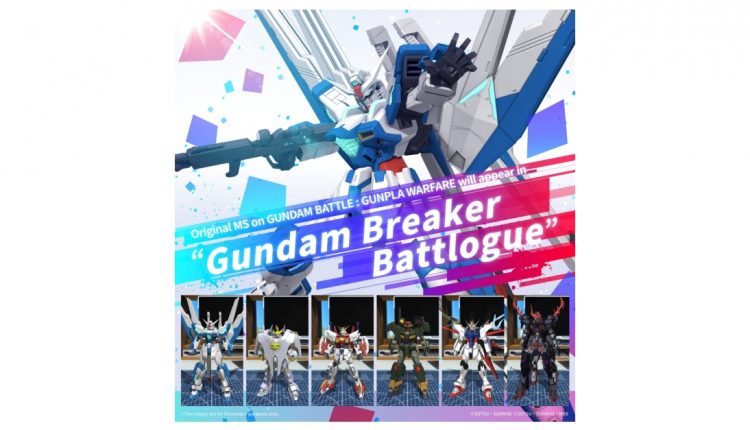 The Gundam Breaker Battlogue Project was created to further strengthen the connection between the Gundam Breaker series, a video game series based on Gunpla, and the Gunpla series of offerings. Mobile suits that are unique to this project will be developed and released for both the game and Gunpla. Additionally, the project will simultaneously release Gunpla from the HG Gundam Breaker Battlogue series. Fans will be able to create their very own customized Gunpla as seen in the game, by using joint parts to attach and swap the head, torso, arms, and leg parts. Furthermore, plans are set to release limited edition Gunpla for overseas, aimed at the North American market. Finally, in addition to Gunpla, figures launching from North America are in the works.

e. These short films are scheduled to be streamed on GUNDAM.info overseas. Furthermore, prequel story missions will be available to players in regions where the mobile game GUNDAM BATTLE: GUNPLA WARFARE is distributed, allowing fans to further enjoy the world of Gundam Breaker Battlogue.

*Viewing will also be available from the smartphone game, GUNDAM BATTLE: GUNPLA WARFARE

*The information in this press release is current as of June 15, 2021, and is subject to change without notice.

*Images in this press release are for illustrative purposes only.

ANAROCK Brings Upflex and its Hybrid Workplace Solution to India