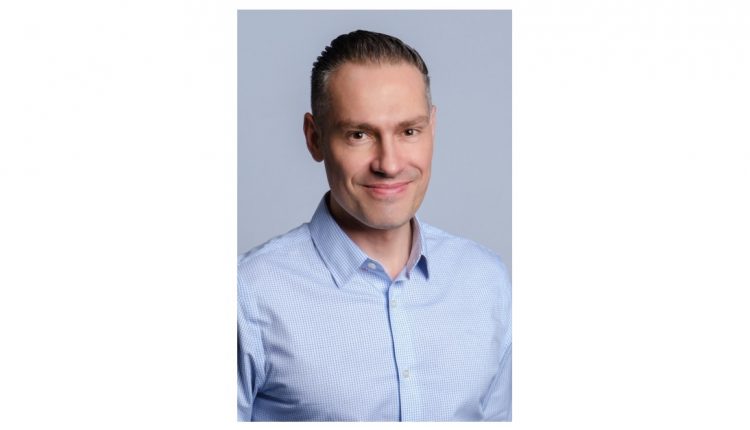 SEATTLE & BOSTON & TOKYO–(BUSINESS WIRE)–Arnaud Lacoste, MBA, PhD, has been named chief scientific officer of Aurion Biotech, whose mission is to cure blindness by developing a differentiated platform of advanced therapies. Arnaud will lead R&D teams based in Boston and Seattle.

“Arnaud is a brilliant scientist, a strategic executive, and an inspiring manager and colleague,” said Greg Kunst, chief executive officer of Aurion Biotech. “Throughout his career, Arnaud’s insights, drive and innovations have catapulted him to ever-increasing leadership roles. The fact that he chose to work with us at Aurion speaks volumes about the exciting opportunities for our company. I look forward to collaborating with Arnaud as we develop our transformational platform of advanced therapies to cure blindness.”

The company’s first candidate is a cell therapy for the treatment of corneal endothelial dysfunction, invented by world-renowned ophthalmic surgeon and research scientist Professor Shigeru Kinoshita and his distinguished colleagues at Kyoto Prefecture University of Medicine (KPUM) in Japan.

“I have devoted my entire career to creating technological and clinical platforms in cell and gene therapies to help patients. Except perhaps for the CAR-T companies, I have rarely seen an early stage-company with the blend of strategic foresight, management experience and scientific vision that Aurion has already assembled,” said Arnaud Lacoste. “Aurion Biotech’s clinically mature cell therapy for corneal endothelial disease is an exciting entry point. With the backing of leading ophthalmology investors, we are uniquely positioned to improve patients’ lives tremendously in the very near future. I welcome the opportunity to expand Aurion Biotech’s platform of advanced therapies.”

Arnaud Lacoste joins Aurion Biotech from Novartis, where for twelve years he directed cell and gene therapy programs and built cell processing and engineering platforms. During his tenure at Novartis, Arnaud and his team were responsible for advancing clinical candidates from early discovery to clinical stages, including treatments for Spinal Muscular Atrophy (SMA), CAR-T-based therapeutics and cell therapies for the treatment of retinal and corneal blindness. Before Novartis, Arnaud was the director of Rockefeller University’s stem cell facility and one of the first scientists in the world to create induced pluripotent stem cells (iPSC). Before Rockefeller University, Arnaud was co-founder and chief scientific officer of Inseron, which developed genetic biomarkers for drug discovery and pathway profiling.

Based in Seattle, Boston and Tokyo, Aurion Biotech is a clinical stage biotech company. Our mission is to cure leading forms of blindness and transform the lives of millions of patients, by developing a platform of advanced therapies. Our first candidate is for the treatment of corneal endothelial disease, and one of the first clinically validated cell therapies for corneal care. Healthy cells from a donor cornea are cultured in a novel, multi-step, proprietary and patented process. Cell lots manufactured from a single donor may be used to treat more than 100 recipient eyes. In early research and Phase 2 & Phase 3 clinical trials in Japan, patients have experienced long-term, significant improvements in key measures of corneal health: visual acuity, corneal endothelial cell density and corneal thickness. The Aurion Biotech team is preparing for clinical trials in the U.S. To learn more about Aurion Biotech, a division of CorneaGen Inc., visit www.aurionbiotech.com.