Another milestone for Shoolini University with h-index touching 75 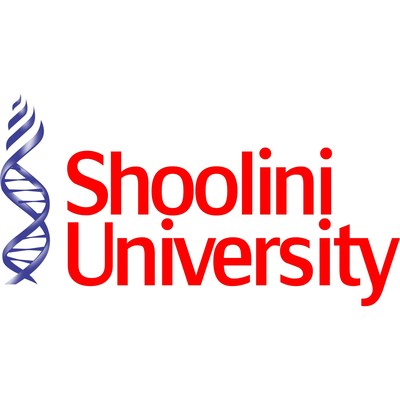 SOLAN, India, June 14, 2021 /PRNewswire/ — One of the leading research-based universities in the country, Shoolini University has attained an h-index of 75, making it the highest in north India and second in the country among institutions set up after 2009.

Shoolini University’s 75 h-index implies that its 75 research papers have been cited 75 times. This parameter is also dependent on the age of the establishment of the university.

Recently, Scimago’s global ranking listed Shoolini at 536 and 32 among the world and Indian institutes respectively, based on research. Quacquarelli Symonds (QS) rankings also featured Shoolini as number one in citation index in India and at number 14 in Asia for its 2021 ranking.

University’s Chancellor Prof P K Khosla said the achievement reflects the quality of research and the dedication and hard work put in by the scholars at the University. He said as per Scopus, the total number of publications now stand at 1673 and citations at 25,752.

He said that the University would continue to place emphasis on research work and would promote it including at the undergraduate level.

Vice Chancellor Prof Atul Khosla congratulated the researchers and faculty members of the University and said it looked like a very difficult task a few years ago. He complimented them for putting in hard work and with passion to achieve the distinction.

Set up in 2009, Shoolini University of Biotechnology and Management Sciences is a research-driven private university with full-recognition from the UGC. A leading university of India, it is recognised for its focus on innovation, quality placements, and world-class faculty. Nestled in the lower Himalayas, the university has received accreditation from NAAC and it is ranked by the NIRF.

CareerLabs Partners with AICTE for the NEAT 2.0 Initiative Under the Education Ministry to Make Profile Building Available for More than 2 Lakh Students Across India