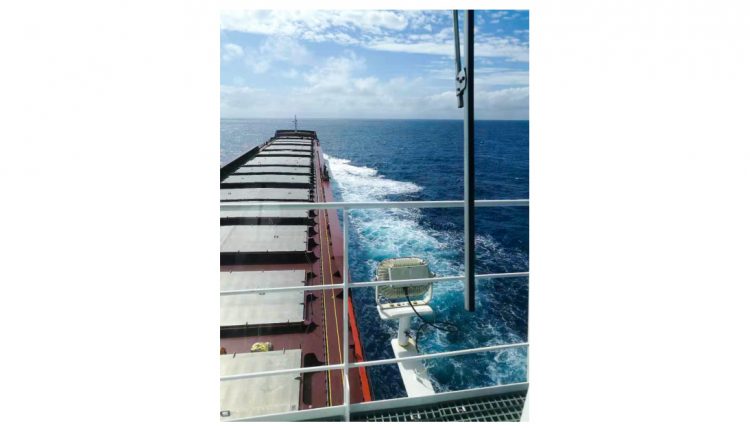 ST. CATHARINES, Ontario–(BUSINESS WIRE)–Algoma Central Corporation (“Algoma” or the “Company”) (TSX:ALC), a leading supplier of marine transportation services, announced today that it has entered into a contract with Yangzijiang Shipyard in Taicang City, China to build a new Seaway-Max self-unloading vessel for its domestic dry-bulk fleet.

The as-yet unnamed vessel will be the first of the new Equinox 2.0 Class, a design that builds on the original Equinox Class standards to achieve better fuel efficiency, improved speed at lower engine power, and enhanced deadweight capacity. The new Equinox 2.0 incorporates a number of design changes, including various weight-saving innovations and a reconfigured stern that incorporates a dual-rudder design to increase cargo hold size, resulting in an increase in the capacity of the vessel by approximately 1,440 metric tonnes. Other design improvements include an efficiency upgrade to the propeller and changes in the shape of cargo holds to improve the handling of certain “sticky” cargoes.

“We are very excited to exercise one of our options at the YZJ shipyard for the first Equinox 2.0 vessel,” said Gregg Ruhl, President and Chief Executive Officer of Algoma. “Our in-house design team is relentless in their pursuit of improvements in our vessel designs. Each previous Equinox Class ship incorporated modest improvements over its predecessors, as we learned more about the vessels during construction and as they entered operations. The changes made for this vessel were such an improvement over the previous design that we feel adding a version number to the design name makes sense,” Mr. Ruhl continued.

The new vessel is scheduled to replace the Algoma Transport, one of the oldest vessels in the Algoma dry-bulk fleet. Triggering the option now enables Algoma to lock in a building slot with ideal delivery timing. Construction of the ship will begin in late 2022 and the vessel is expected to join the fleet at the beginning of the 2024 navigation season.

Algoma also reports that the Captain Henry Jackman, the Company’s new Equinox Class gearless bulk carrier, is making good progress on its homeward journey. As previously announced, Algoma took delivery of the vessel in early April and its voyage to Canada commenced on April 29th

. The delivery voyage has been going remarkably well, demonstrating that the effort Algoma has invested into incrementally improving the design of Equinox Class ships is already showing promising dividends. At similar power settings to those used on the previous delivery voyages, the Captain Henry Jackman has an overall slightly lower daily fuel consumption but is making a much better speed. Weather permitting, the ship is expected to arrive in Panama on June 6th and transit the canal on June 7th, before starting the final leg of the delivery voyage across the Caribbean and up the US East Coast to enter the St. Lawrence River. The Captain Henry Jackman is expected to arrive in Montreal around June 19th and will join the Algoma dry-bulk fleet as an operating vessel following a flag change and completion of inspections and other Canadianization procedures.

Both the Captain Henry Jackman and the new Equinox 2.0 ship feature important sustainability advantages that will help Algoma meet its greenhouse gas targets, reducing the amount of emissions per cargo tonne-kilometre. Investing in new, more sustainable capacity is just part of what Algoma is doing to be your Marine Carrier of Choice.

For more, please see the Sustainability Report on our website at https://www.algonet.com/sustainability/.

“Our Nation Needs Resilience, Now More than Ever”

Achieve Your Health Goals with Walnuts, This International Yoga Day