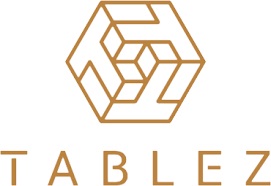 
Tablez – a leading Abu Dhabi based retail and F&B group with a substantial presence in India, has announced its decision to launch a proprietary retail chain of toys by rebranding its existing toy stores into spaces of experience and entertainment for kids and parents.


The company owns 15 toy stores housing products of major international toy brands, in malls located in Mumbai, Delhi, Bengaluru, Ghaziabad, Pune, and Chennai, and has an additional six stores lined up for opening before the end of Q1 2022.


Speaking about the company’s growth strategy, Mr. Adeeb Ahamed, MD of Tablez India, said, “Having invested over INR 300 cr in the Indian retail market, we at Tablez are especially bullish about the prospects of India’s toy sector and will be furthering our investments in the sector, in line with our vision to innovate value and deliver world-class experiences to the Indian consumer.”


The company, which has been an active stakeholder in the Indian toys sector for the last six years, feels that the launch of a proprietary toy retail brand is a necessity considering the changing market dynamics. “The launch of our proprietary brand gives us the space and flexibility to adapt to the emerging market demand for functional and experiential spaces across India’s urban and emerging markets

,” Mr. Ahamed said, adding, “The Indian toy market is evolving fast, and our investments into technology and user experience have enabled us to get a deeper understanding of the Indian consumer. Through our new stores and e-commerce channels, we aim to apply our learnings to build outlets that can double up as both shopping & entertainment avenues for kids and parents.”


Tablez, which has introduced leading global brands in F&B, toys, lifestyle, and apparel to India is the master franchise of brands like Desigual, Build-A-Bear, GO Sport, YOYOSO, Cold Stone Creamery, and Galito’s. In addition, the company has also successfully developed its home-grown brand Bloomsbury’s and aims to replicate its success on the toys front as well.


Tablez currently operates 55 brand stores in India and plans to expand the number to 250 over the next five years. The company will officially unveil the new toy retail brand in the coming weeks.