TORTOLA, BRITISH VIRGIN ISLANDS, Feb. 18, 2022 (GLOBE NEWSWIRE) — In Feb 2022, ABI Galaverse, a platform for Blockchain/NFTs games, will be released. ABI Galaverse is backed by ABI Game Studio and is projected to bring up a slew of new GameFI development opportunities for developers worldwide. 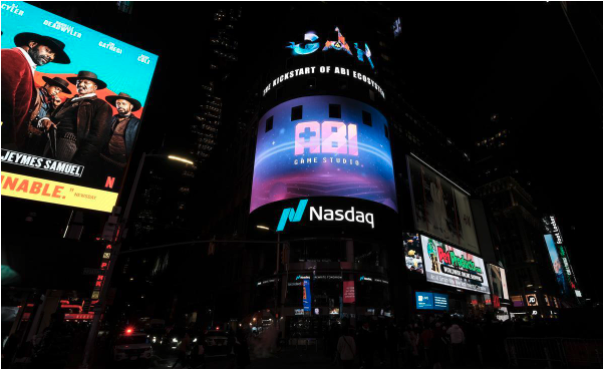 In 2021 – 2022, the Blockchain/NFTs game industry is booming with a total value of tens of billions of USD and reshaping the future development trend, providing valuable opportunities for millions of programmers around the world.

Following this trend, ABI Game Studio with over 2 billion downloads on Google Play and App Store, has made an important decision to launch the ecosystem dedicated to the Blockchain/NFTs game called ABI Galaverse.

Galaxy Attack Revolution is the first game running on ABI Galaverse ecosystem, which was promoted at Time Square in New York – America

Based on Blockchain technology, ABI Galaverse Ecosystem has a fully Integrated Marketplace, which is a decentralized exchange where users can buy and sell NFTs items and seamless integration to game inventory.

Sustainability: ABI Galaverse is built on a solid system, ensuring the continuity of services on this platform.

Synchronization: NFTs/Blockchain games on ABI Galaverse have features, and digital assets are synchronized and exchangeable with each other.

Openness: It allows the game development community to participate in the development of NFTs/Blockchain games on this platform

Similar economic system: Assist players in their quest for financial gain in the global market.

Supportability: Support the specification and ecosystem for the development of NFTs/Blockchain games

ABI Token in ABI Galaverse is a BEP-20 compatible token, which means users can send and receive it using a BSC Network. ABI Galaverse is designed to integrate with games – any user can use ABI Token to interact with the ABI ecosystem.

Mr. Chinh Do – CEO of ABI Galaverse stated that “ABI Galaverse was prepared over the course of a year with experienced Blockchain programmers and it will have its own Blockchain department.” ABI Game Studio also said that they will provide comprehensive support for ABI Galaverse.

Blockchain technology and NFTs have been gaining attention only in the last few years. Blockchain platforms such as Ethereum (ETH), Binance Chain (BNB) and Solana have had huge growth with thousands of Dapps successfully developed.

Participating in the development of a blockchain platform but focusing on its strengths in the game segment, ABI Galaverse has great potential for development and opens up many fair development opportunities for Blockchain/NFTs game programmers in the world.