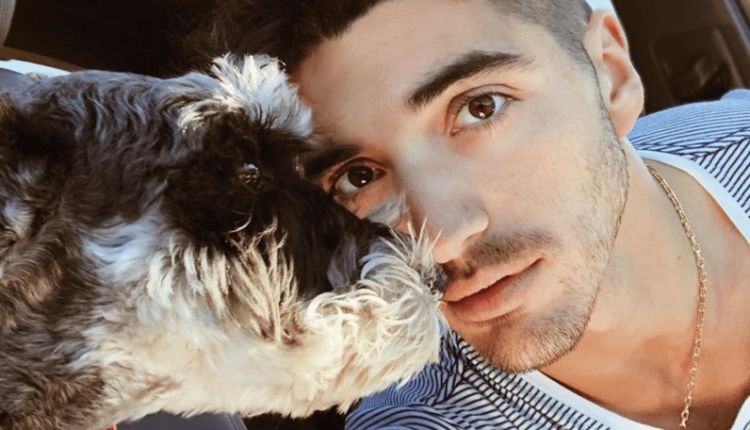 The Kissing Booth actor, Taylor Perez started off his career in opera houses performing musical theatre and then did a series of movies and television shows. The American famed star began his acting career from the short film Hush released in 2008. He also had guest-starring roles on the CBS’s Code Black, ABC’s Scandal, and Nickelodeon’s iCarly.

When The Kissing Booth 2 came into the room of every home on July 24, he soon became the new celebrity crush. Fans are going gaga over his performance! Scroll below to read more about his charismatic appearance in the film.

With all of that well-deserved attention and sheer hard work, Taylor Perez has a net worth of USD 400k as of 2020.

Netflix romantic film The Kissing Booth 2 released on July 24, 2020, is now giving a lot of attention, fame and popularity to the actor Taylor Perez in his career. People can’t stop raving about him! His character, his looks, his personality, hot body and what not! is now stealing everyone’s heart. Taylor stars alongside Jacob Elordi and Joey King.

Marco is the charismatic new classmate of Elle (Joey King) who questions her feelings about the long-distance relationship. Watch The Kissing Booth 2 trailer below:

In the film, Marco aka Taylor sings “What I Like About You” which is undoubtedly a romantics hit while playing romantic. He was not a guitar player but spent 3 hours a day for 2 months to learn guitar!

Now, it’s not just the music, Macro also showed off his dancing skills and then later ends up competing with Elle in a great dance competition.

His charming powers can be felt throughout the film on your screens itself even he plays her a sweet song at the beach, woos Elle on the DDM machine or talking about how he would treat her, Elle right. Their electric scenes will make you fall in love with Taylor aka Macro.

Taylor Zakhar Perez is trying his best to make a name in the industry. He booked a guest-starring role in ABC Family sitcom Young and Hungry, opposite to Emily Osment and Amy Carrero. He was then seen at Cruel Intentions which is an NBC/Sony’s pilot teen drama starring Peter Gallagher and Sarah Michelle Gellar.

Well, he is a nationally ranked swimmer. He loves hiking and is crazy about adventures. A total hottie is also an animal lover. He is passionate about sailing, surfing, and scuba diving.

Amazfit to be launched in India on 6 August; will be equipped with heart rate sensors