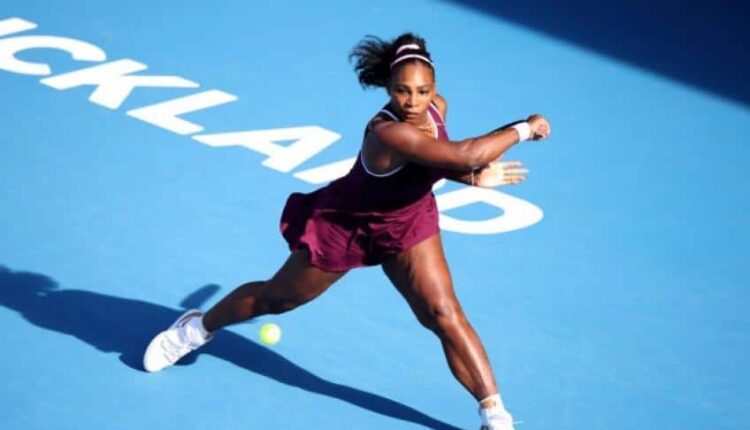 Serena Williams Net Worth in 2021: An American professional tennis player, Serena Williams has snagged 23 Grand Slam titles, all of which have purses in the millions of dollars. She was ranked world No. 1 in singles by the Women’s Tennis Association (WTA) on eight separate occasions between 2002 and 2017.

Williams is one of the highest-paid female athlete earning almost USD 29.2 million in total with USD 25 million coming from endorsements and USD 4.2 million from prize money. As of January 13, 2020, Williams was placed at Number 9 position in the world by WTA. With all of that well-deserved attention, Serena Williams has a net worth of USD 225 million.

Serena Williams Net Worth in 2021

Serena Williams is the first athlete to crack Forbes’ list of the richest self-made women with an estimated net worth of $225 mil. The @Forbes cover story looks at her next act. https://t.co/xuhEqUK98i

In an interview, Williams was asked how many homes does she own. “I don’t know, a lot,” Williams has said.

Serena Williams has 6,000-square-foot home in Beverly Hills under his hat near Jennifer Lopez and Britney Spears of worth USD 5.6 million dollars. The house boasts five bedrooms and six and a half bathrooms with a beautiful fireplace in a living room. The property has a lower level entertaining space that features a walk-in wine cellar and a wet bar. The roomy kitchen has a double-wide island, brilliant outdoor cooking space and a pool.

She also has a home in Florida’s Palm Beach Gardens of worth USD 2.2 million dollars that has its own spa. The property is spread over 1.25 acres of land and has five bathrooms and five bedrooms. Serena and her husband Alexis quietly retreated to this house to raise her baby because of its perfect luscious escape, with stunning green gardens.

Serena Williams’s cars include Aston Martin, Ferrari, Range Rover and Mini Cooper which is estimated to value around USD 2 million dollars in total. She also has a Bentley luxury car under her hat of worth USD 189,000 dollars.

What Contributed To Serena Williams Net Worth?

With a net worth of USD 225 million, Serena Williams has made hefty dollars throughout his career, endorsements deals, investments and business ventures.

The tennis player Serena Williams is married to Reddit co-founder Alexis Ohanian, with whom she welcomed a daughter just over a year ago, has also contributed in her wealth. Alex Ohanian who has a net worth of USD 9 million is an executive chairman of Reddit which is now valued as USD 3 billion according to Business Insider.

She rakes in about USD 18 million per year according to Forbes and all is just from endorsements.

Williams has started her own clothing line, S by Serena in 2018 which is self-funded and direct-to-consumer. S by Serena clothing line focuses on a unique combination of glamour and comfort and is intentionally size-inclusive, going up to a size 3X. Her clothing line choices also showcases her role as a mother. She also launched a patented cosmetics brand Aneres.

Positive body image is a part of Williams’ professional brand as well as her personal crusade. She has posed for unretouched photographs for the cover of Harper’s Bazaar, explaining that she has struggled a lot with her body image and faced criticism over the way she looks in her life.

Making her identity as a mother part of her clothing brand, Williams said:

“Your body changes as a mom, and I absolutely love my body and I’m happy to embrace it, but also, I definitely feel like my fashions have changed.”

She and her sister and fellow pro tennis player, Venus, are stakeholders in the UFC and Miami Dolphins football team. Serena Williams is also on the Board of Directors at SurveyMonkey

When it comes to investment, Serena Williams has shown a keen interest in funding companies founded by women and minorities. In the last five years, she has invested in 34 startups via her company Serena Ventures, which touts a USD 10 million portfolios.

Since 2011, Williams has been an International Goodwill Ambassador with UNICEF. In 2017, she then became Ambassador for the Allstate Foundation’s Purple Purse project that helps domestic abuse victims in financial terms.

The Serena Williams Foundation has helped society in the following terms:-

Serena Williams was born in Saginaw, Michigan, the US on September 26, 1981, to Oracene Price and Richard Williams.

The American tennis player has numerous records to her name. She has bagged four Olympic gold medals in London, Sydney and Beijing: one in women’s singles and three in women’s doubles—an all-time record shared with Venus, her sister. She is also a five-time winner in the singles division of the WTA Tour Championships.

Serena Williams has 33 grand slam titles under her hat out of which 23 are singles titles while 10 are runner ups. Take a look below:

In 2004 comedy film Hair Show, Serena Williams portrayed the role as agent Ross. She also made her appearances in various television series that includes Trust Us with Your Life, Drop Dead Diva as a lawyer and Fast Cars and Superstars: