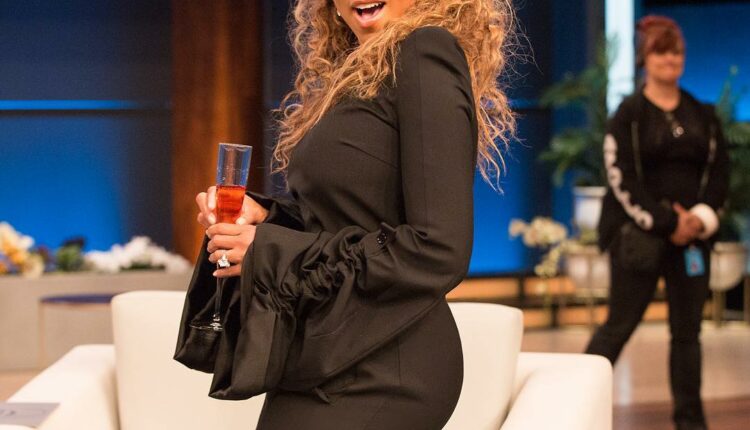 Popularly known as a wife of Steve Harvey, Marjorie Harvey is an American fashion designer, fashion blogger, stylist, and an Instagram Model. Steve Harvey is an American comedian, director, TV host, actor, a celebrity on the radio, and author. From Chicago, Illinois, Marjorie is one of the most beautiful celebrity wives having three children. Marjorie is the creator of a famous fashion blog Lady Loves Couture which greatly contributes to her net worth. With all of that well-deserved attention and sheer hard work, Marjorie Harvey has a net worth of USD 60 million as of 2020.

The fashion blogger of 54 years main income comes from her clothing line ‘Marjorie Harvey’s Closet’ launched in 2016. She also runs websites The Lady Loves Couture and Marjorie Harvey’s Handbags. She is perfectly built for a fashionista and has received high profile fashion collaborations, invitations and high-end social events.

Marjorie Elaine Bridges was born in the United States on October 10, 1964, to Doris Bridges. Her father name is unknown. Her mind is more fashionable and that’s the reason she didn’t able to complete her university due to poor academic performance.

Before the title of Harvey, Marjorie has already been married twice. But, according to sources, both marriages was related to the crime. The name of the first person whom she married is kept out of the media. What is known is that he was a drug dealer in Memphis and was later arrested and jailed for life. Marjorie’s ex-husband Darnell Woods was jailed for distributing marijuana and cocaine from Houston to Memphis

Steve Harvey’s third wife, Marjorie had own three children (Morgan, Jason, and Lori) she brought to the relationship from her first two husbands. The couple has a total of five grandchildren.

Steve Harvey also has four children from his previous relationship, but for now, the couple has no kids together.

Merry Christmas from our family to yours ????

Steve and Marjorie got married in June 2007 and are together ever since. Steve Harvey has once said that her wife, Marjorie Bridges is responsible for changing his life and making him a better man. But how they came to know about each other. Read below the couple’s interesting story.

Steve and Marjorie met at a comedy club in 1990 at Memphis, Tennessee. The couple started dating each other but since Steve just got disappeared, the two broke up. In 2005, when Steve discovered his second wife, Marjorie and he again united each other. And this time they became very good friends, dated each other and finally got married.

Steve Harvey gives credits to Marjorie’s bodyguard for his reunion and the efforts to get him back to her. Their marriage ceremony on June 25, 2007, was attended by few, as it was kept as a private affair.

Marjorie is popular in social platforms having 2.2 million followers on Instagram. The Instagram profile is full of the family happy times that show much they have a love for holidays. Their recent vacation was to Abu Dhabi, in the United Arab Emirates with some of their children can be seen enjoying a family meal. You can even see Marjorie riding a camel.

She shares videos of them praying, eating, playing, and interacting with other family members. That’s family love!

The couple started the Steve and Marjorie Harvey Foundation which hosts a yearly camp for fatherless children. The organization provides youth outreach services.

Happy birthday Rani Mukerji: from a Mere Bengali to the queen of Bollywood