An American actress, Jennifer Lawrence began her acting career in the unaired TV pilot Company Town (2006). Her films have grossed over USD 6 billion worldwide. After years of starring in hits like X-Men and The Hunger Games franchise, she was one of the highest-paid actresses in the world in the year 2015 and 2016. She bagged an Oscar for her role in Silver Linings Playbook. Also, she is an outspoken feminist and has a beloved public persona. With all of that well-deserved attention and sheer hard work, Jennifer Lawrence has a net worth of USD 140 million as of 2020.

With millions in hands, Jennifer Lawrence is currently living a lavish lifestyle in a 5,500 square foot house in Beverly Hills. She paid around USD 8.225 million, according to some sources. The house is facilitated with a gym, 5 bedrooms, a koi pond, and a gourmet kitchen.

The million-dollar American actress owns a Volkswagen Eos which has the market price of USD 27,039 and a chevy Volt whose price is USD 38,000.

What Contributed To Jennifer Lawrence Net Worth?

With an astonishing net worth of USD 140 million, Jennifer Lawrence has made hefty dollars from her acting career, high profile collaborations and brand endorsements. She is the most expensive celebrity with so many hit movies under her belt.

With a high profile partnership with Dior, the actress has been the face of several Dior campaigns and has definitely earned hefty dollars from it.

The actress was featured on Forbes India’s “Celebrity 100,” list in 2014 and 2016 and also appeared in Times in the list of 100 most influential people in the world. In 2014, she was named as a second-highest-paid actress in the world by Forbes with earnings of USD 34 million. 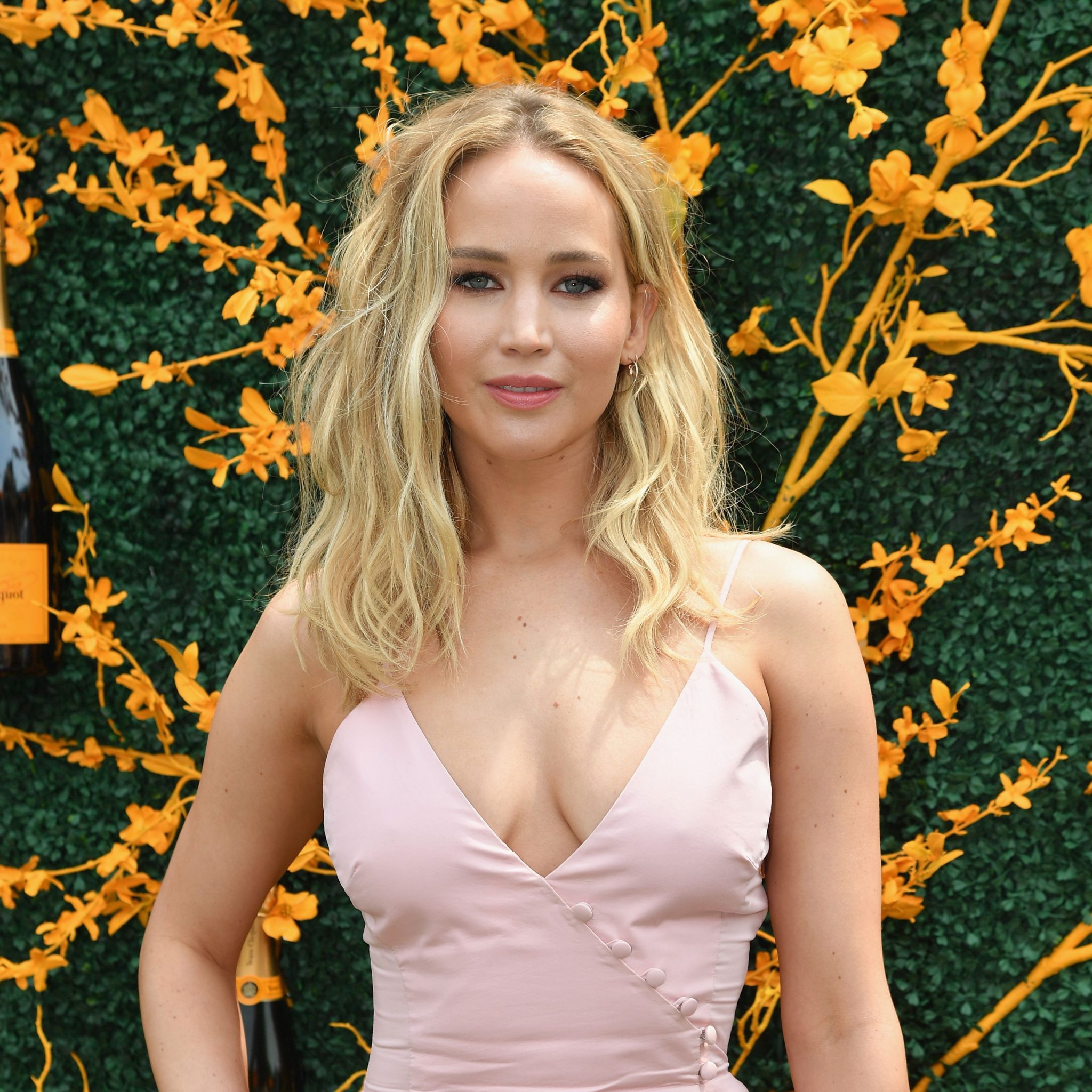 Forbes reported the actress with annual earnings of USD 52 million and USD 46 million in the year 2015 and 2016 respectively.

Elle, the worldwide lifestyle magazine has labelled her the most powerful woman in the entertainment business and is ranked 50th most powerful actress by Forbes.

With a large global following in the Hollywood industry, she has risen to fame and popularity with films like Silver Linings Playbook (2012) where romance is defined, Passengers (2016) based on a science fiction romance film, psychological horror film Mother! (2017), and the Red Sparrow (2018) which is a spy thriller. She started her acting career by appearances in television shows as a guest.

Her career took the turning point from the starring roles in the X-Men film series (2011–2019) as the mutant Mystique and in The Hunger Games film series (2012–2015) as Katniss Everdeen. She made her film debut in the drama Garden Party (2008) as a supporting role. Watch the trailer below of the first Hunger Series:

Her spectacular acting, charming screen appearances, down-to-earth, and self-deprecating, has won hearts of many. She formed the production company in 2018 and named Excellent Cadaver.

Jennifer Lawrence has once said that she finds acting “stupid” if she compares it with to life-saving professions like doctors, and therefore does not believe in being “cocky” about her career success in the industry.

Lawrence was recognized as the highest-grossing action heroine for starring in the Hunger Games series in Guinness World Records. She has bagged three Golden Globe Awards; Best Actress – Comedy or Musical for Joy (2015) and Silver Linings Playbook (2012), and Best Supporting Actress for the film American Hustle (2013). Truly, she is the rising stars in the Hollywood firmament.

She bagged an Oscar for her role in Silver Linings Playbook. Watch the video below:

The actress is next set to appear in an independent drama Red, White and Water, directed by Lila Neugebauer. She is also a producer in the film.

Jennifer Lawrence was born in Indian Hills, Kentucky, the U.S. on August 15, 1990, to a construction worker Gary, and Karen, a summer camp manager. She has two older brothers, Blaine and Ben. She completed her schooling from Kammerer Middle School in Louisville. Her childhood didn’t go like others due to hyperactivity and social anxiety. She uses to consider herself a misfit among her peers. Lawrence performed in school musicals and church plays.

She is a feminist and promotes body positivity among women. She wrote an essay for the Lenny Letter in 2015 in which she criticized and explained the gender pay gap in the Hollywood industry. Also, she wrote about her own experiences such as the lesser salary in the industry she received for her work in American Hustle compared to her other male co-stars.

She has lent her support to several charitable organizations, such as the Feeding America, World Food Programme, and the Thirst Project for the betterment of the society.

Lawrence began a romantic relationship while filming X-Men: First Class in 2010, with her co-star Nicholas Hoult., but the couple broke up in 2014. Also, she dated director Darren Aronofsky during the filming of mother in September 2016 but split in November 2017.

In 2018, she dated an art gallery director Cooke Maroney and they became engaged in February 2019. She married Maroney in October 2019, in Rhode Island.