Entrepreneur and e-commerce pioneer Jeff Bezos is the founder and CEO of the e-commerce company Amazon which is now the world’s largest online retailer. He is the founder of the space exploration company Blue Origin and owner of The Washington Post. His successful business ventures have made him the first person in modern history to accumulate a fortune of over $100 billion. In 1997, he first became a millionaire after raising $54 million through Amazon’s IPO.

According to Bloomberg calculations, Jeff Bezos net worth could buy 89.1M troy ounces of gold and 2.07B barrels of crude oil and is equivalent to 0.611% of the GDP of the United States, 9160% of the total wealth of the 500 richest people in the world, 27.8% of the top 100 US college endowments and 7.13% of US existing home sales.

Being the richest man in the world, Bezos spending $1.2 million will be similar to an average American spending $1. He is nearly 38% richer than the British monarchy.

CEO Amazon’s annual salary is just $81,840 which is less than what most US representatives take home. But the net worth is $109.9 billion! It’s because the large portion of Jeff Bezos’s wealth is tied to Amazon stock.

Jeff has a Spanish style mansion in Beverly Hills, California under his name. According to the Wall Street Journal, Jeff and MacKenzie Bezos bought the 4,568-square-foot house for $12.9 million with a four-bedroom home with a swimming pool.

The CEO owns three connected apartments in Manhattan’s Century building which cost him around $7.7 million in the year 1999 from former Sony Music executive Tommy Mottola.

In July 2018, according to Quartz, his net worth of $150 billion was enough to purchase the entire stock markets of Hungary, Nigeria, Luxembourg, Egypt, and Iran.

Jeff Bezos was born on January 12, 1964, in Albuquerque, New Mexico, and raised in Houston, Texas. In 1986, he graduated from Princeton University with degrees in electrical engineering and computer science. He was offered jobs at Intel, Andersen Consulting, Bell Labs and, among others

In late 1994, he founded the online retailer Amazon as an online bookstore. On May 15, 1997, Amazon made its IPO and from that day, the split-adjusted stock price of Amazon has increased over 97000%.

A Big Heart For Philanthropy

Bezos made a $33 million donation to TheDream.US on January 2018, for undocumented immigrants brought to the United States as minors.

Bezos is only one of the top five billionaires in the world who have not signed the Giving Pledge that encourages wealthy people to give away their wealth. It is an initiative created by Bill Gates and Warren Buffett. Bezos supports philanthropic efforts through non-profit projects funded by Bezos Expeditions and direct donations.

Bezos donated $10 million to With Honor in September 2018, which works to increase the number of veterans in political office. 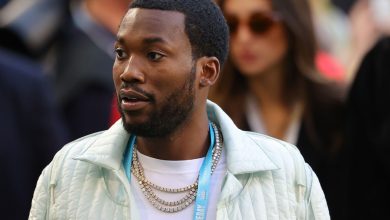