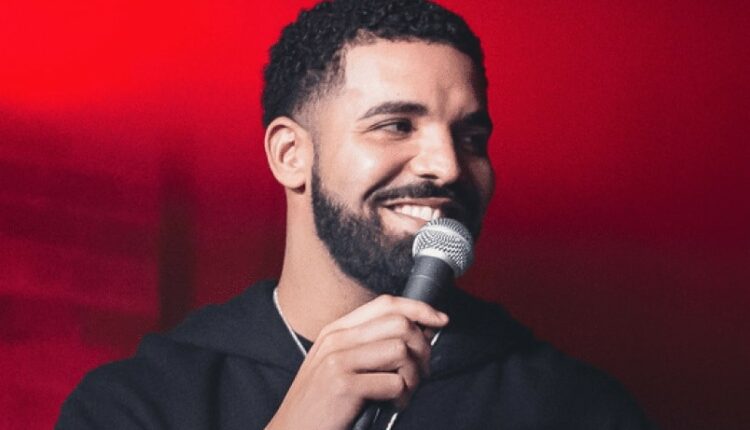 Drake Net Worth in 2021: Aubrey Drake Graham is a Canadian rapper, singer, actor, and businessman who goes by his middle name. In 2019, Drake was named No 5 richest rapper by Forbes, who is making around USD 2 million per night on tour. His business projects have helped him a lot to grow net worth by 50% from 2018 to 2019.

He was an actor on a television series “Degrassi: The Next Generation” before he reached hip hop superstardom.  His popular songs like Hotline Bling, God’s Plan, Money In The Grave, IN My Feelings. With all of that well-deserved attention and sheer hard work, Drake has a net worth of USD 180 million as of 2020.

The hip hop artist Drake lives a lavish lifestyle in Hidden Hills, California since 2012 when he bought a palatial mansion for USD 7.7 million in cash from the former owner of Los Angeles’ Saddle Ranch Bar. The 12,000 square-foot estate features one of the largest privately-owned pools in Southern California along with with with 25-person Movie Theater, sand volleyball court, and a full-sized basketball court.

Drake bought a 35,000 square foot chateau-style mansion in suburban Toronto in 2016 for USD 6.7 million. He also has a condo in downtown Toronto under his hat. The millionaire Drake owns at least USD 25 million worth of properties/real estate.

The multi-million dollars artist Drake has an expensive car collection in his parking lot of different brands of total worth USD 2.5 million. Drake Cars collections include:

Drake also has a Boeing 767 private jet under his hat, nicknamed Air Drake. He bought the jet solely in May 2019 with no rental, no co-owners and no timeshare. The market value of this private jet is around USD 75 million to USD 100 million. After with all the customization in terms of quality and facility, the plane cost the rapper whopping USD 220 million. Watch the video below of the Drake private jet.

What Contributed To Drake Net Worth?

With an astonishing net worth of USD 180 million, rapper Drake has made millions of dollars through his rapping career, endorsements, business ventures, tours and high-profile collaborations. The artist grosses approximately USD 1 million per concert and have sold over more than 163 million digital singles.

Drake has added millions of dollars in his bank balance from co-headlining and headlining tours, especially from 2016 “Summer Sixteen Tour”. With a gross of USD 84.3 million of 54 shows, this tour became the highest-grossing hip-hop tour of all time. That’s an average gross of USD 1.56 million per concert.

Drake is ranked as the world’s highest-certified digital single with over 170 million records sold. His studio album, Views released in 2016 earned over 1 million album-equivalent units in the first week itself. Check out the list of Drake Studio Albums throughout his career.

Drake made hefty dollars from several endorsement deals with reputable companies and fast-food restaurants. Drake’s endorsements deals include a partnership with Sprite, Burger King and Whataburger. According to Forbes, Drake pre-tax earnings were USD 94 million from his endorsement deals and business partnerships between June 2016 to June 2017. During that period, he became one of the highest-paid celebrities.

He also has his own clothing line where he sells fashionable clothing products. Till date, the brand has made a sales of more than USD 50 million. The brand also entered in many high profile collaborations with other fashion icons including Nike’s Jordon Brand.

Drake became the “global ambassador” for the Toronto Raptors in 2013. He provided consulting services and hosts an annual Drake Night with the team.

Just after his release of Views in 2016, Drake opened his own whiskey line, the Virginia Black Whiskey company. The product contained four, three and two-year-old Bourbon whiskies which sold domestically 4000 bottles in the first week. In 2019, the company sales were around 1,779 bottles per day and made USD 35 million profit.

Drake signed a USD 19 million exclusivity deal when Apple Music was launched in 2015.

Aubrey Drake Graham was born in Toronto, Ontario on October 24, 1986, to Dennis Graham and Sandi Graham. He was raised predominately by his single mother when their parents get divorced at the age of 5.

Being inspired by rap icons like Jay-Z, he released his first mixtape in February 2005 “Room for Improvement” via his official MySpace page and website. Drake released his second mixtape, “Comeback Season”, the following year through his own launched label October’s Very Own (aka OVO Records).

Drake’s third mixtape, “So Far Gone” was released as a free download on his OVO website in 2009. The mixtape was certified Gold by the RIAA after being downloaded 2000 times in its first hour.

Drake’s debut studio album was released on June 15, 2010, “Thank Me Later” which was eventually certified Platinum by the RIAA.

Drake, for the betterment of society, has shown philanthropic love to the Florida City and has donated millions to various charitable organizations. He donated USD 50,000 in 2018 to provide a new homeless shelter for women and children along with Target gift cards.

The rapper Drake used his “God’s Plan” music video budget to make different donations that amount to almost USD 1 million. He filmed in various locations and gave a check of USD 50,000 to a student at the University of Miami, Destiny James.

He donated USD 25,000 to Miami Senior High School and USD 20,000 to the Miami Fire Department. Other lucky people around the city were given shopping sprees and cars at Saks Fifth Avenue.

Yes Bank Cricis: Account holders can pay off their loans through NEFT, IMPS