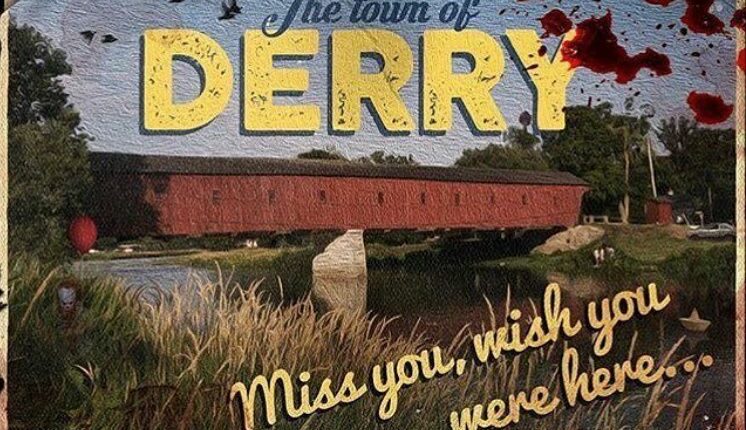 On the occasion of Halloween, the spookiest night of the year. Here, I have for you a spooky book recommendation which will blow your mind away, and keep you awake all night.

As we all know, Stephen King is the King of horrors, and for years now his books have made the chills running down our spine. Of all of his mind-blowing horror books here is one of my all-time favorite IT.  Yes, IT as we all know, has been one of his most celebrated books and has been adapted into the movies twice. Both the adaptations did well at the box office. But if the movies were good, the book is even great I would say. Even for those who have already watched the movie, I would still recommend reading the book as the book has a lot of depth in it. And there is a whole history of Derry which cut off in the movies. For those who have not watched the movie yet, here’s an excellent chance for you to first read the book, and then go the movie as the book is a different ball game altogether.

So, the story of IT begins in a cursed town named Derry (the reason why I am calling Derry cursed lies in the book) who has unique visitor visiting it every 27 years. And this special visitor is no other than IT the monstrous and evil clown of the town. Well, the thing about IT is it visit the town of Derry after every 27 years, and goes on a killing spree, and is only interested in killing children.  Where on the one hand IT makes a come back in the town and has started with its business. There, on the other hand, we see the Loser Club which consists of the 11 years old Ben, Billy, Eddie, Stanley, Richie, Beverly and Mike hatching a plan to combat IT and save the lives of all the children in the town. The result being the Loser Club does succeed, but they only manage to drive IT away from the town for the next 27 years.

However, the kids make a pact among themselves to come back to this doomed town no matter where ever they are after 27 years. And finish off IT for one and all. With this pact chapter – one of the books comes to an end. Now 27 years later, and now we see the kids have all grown up. And are busy with their own lives and have very much forgotten about Derry, about their friends, and most importantly about IT. Until one phone call from Mike brings back all of the chilling and bad memories of that summer, they had fought IT and somehow had escaped from its evil clutches. The Loser Club comes once again to the town to finish their unfinished battle. Whereas IT, on the other hand too has not forgotten the past, and is vengeful and powerful as ever. Will the Loser Club win once again? Will their childhood promise cost them everything they’ve built for themselves? And most importantly Will they finally set Derry free from this nightmare forever ?Well, the answer to these questions lies in the book. So do read it !!!!

Well, before reading this book, I never thought that a book could terrorize you in this way, that the words have this kind of powers in them to scare you to death. I was scared while reading the book. It had a perfect blend of jumping – from – the – chair scenes, whole lot of blood spilling and a whole lot of cruel violence (which of course IT inflicts on kids/victims). All of these seen are gratified and written in-depth in the book, which is one the specialty of Stephen King. For an author to instill such kind of a horrendous scenario in the mind of the readers is a task which Stephen King has very gracefully done.

The book was not only scary, but it is an interesting read too. The book has a total of 1000 plus pages. Which means it describes in detail everything where it is the history of the town and IT, or the depth. Or it is an in-depth background of all of its primary and supporting characters, which helps us to understand them better. However, the most beautiful part of this book was the friendship shared by the Loser Club. Through this book, you get an insight into the working and emotions of an 11 years old child of how their minds and emotions work.

The book consists of a lot of childish antics of the loser club, which made me laugh out loud. It reminded me of my childhood days to the time when everything was so simple and yet so complicated that we couldn’t share it with the grown-ups. Those scenes in the books are just so beautiful !!!! Just like all of these books in this book too Stephen King has also, made a point to raise issues such as Crime against Children, homophobia, racism, and sexual assault. Which I loved the way the author has tried to merge some part of reality into his fictional world. To make people aware of these prevailing social evils.

For me, this book is a perfect 5/5 I can keep gushing about it non – stop. It’s is a perfect mixture of horror, drama, and some light-hearted comedy.

While we know, Stephen King is an exceptional writer, and his books consist of some of the mind-blogging quotes. Well, this one is not an exception either. Here is one of my personal favorite.:

“Maybe there aren’t any such things as good friends or bad friends – maybe there are just friends, people who stand by you when you’re hurt and who help you feel not so lonely.

Maybe they’re always worth being scared for, and hoping for, and living for. Maybe worth dying for too, if that’s what has to be. No good friends. No bad friends. Only people you want, need to be with; people who build their houses in your heart”.