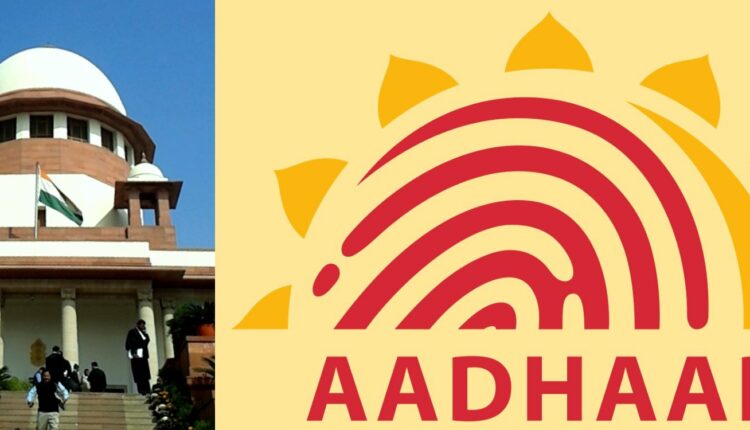 A petition mentioning the flaws in the technology used for keeping the privacy of Aadhaar cards has been filed in the Supreme court. It clearly challenges the validity of the Aadhaar Act and stated that the technology used is prone to data breach and the right to privacy of people is under threat, which will lead to mishandling of the personal details.

The petition has been filed after the news of Aadhaar card details being made public on various government websites. More than 200 of the state and central government websites along with those of the educational institutes displayed the details of Aadhaar card holders. In response to the query of the Right to Information (RTI), the Aadhaar-issuing body took note of the breach and removed the displayed data from all websites.

The Aadhaar card acts as a proof of identity across India with its unique 12-digit number. Moreover, the government of India is looking to mandate Aadhaar for people to get access to the benefits of various service schemes. A five-judge constitution bench has extended the deadline of linking Aadhaar to mobile numbers to March 31, 2018.

Recently, a media report claimed of anonymous people selling details of the billions of Aadhaar cards for just Rs. 500 over social media. In an investigation by the Tribune, it was found that a correspondent easily got the service from an unknown seller on Whatsapp by paying just Rs. 500 through Paytm. The agent provided the login ID with the password to a website where he could enter any Aadhaar number and get instant access to every single detail including name, address, phone number and email.

The Unique Identification Authority of India (UIDAI) is currently looking into the matter and has assured that no such data breach of the biometric database has been done. It also said that the biometric information is never shared and is fully secured at UIDAI with high-level security. It has even lodged an FIR against the persons involved in it.
The Supreme court will make the final Constitution hearing of the petitions filed against the validity of Aadhaar Act on 17th January 2018.

Bhima-Koregaon Violence: As it happened