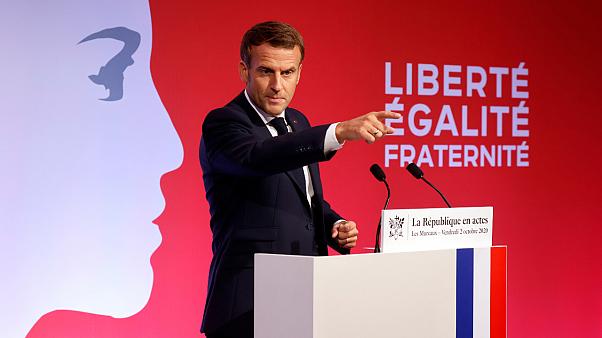 What is happening in France?  Why are Islamic countries boycotting French President?

The teacher was teaching his pupils an important lesson on freedom of speech and expression.

While teaching this chapter he took an example of Charlie Hebdo’s incident.

What was the Charlie Hebdo magazine incident?

Charlie Hebdo had published an image of Prophet Muhammad in a comic.

This was seen as a way of mocking the Prophet since Islam is strictly against portraying Prophet Muhammad in a painting, picture or a statue.

This same incident led to a terror attack in the State Capital killing 12 and injuring others.

This was a reason for various other terror attacks in France leading to injuries and deaths, there were various suits against Charlie Hebdo magazines too.

The murderer (who killed the teacher) was an eighteen year old refugee from Chechnya, he claimed that he had avenged Muhammad by killing the teacher who promoted blasphemy against Islam.

So we can easily come to a conclusion that the reason behind this murder was religious extremism.

While the French President Macron was addressing this issue he  used the term ‘Islamist Separatism’ while explaining how various extremists were trying to separate and radicalize Muslims.

He further went about talking about French government trying to help Islamic communities integrate into French values and create a ‘French’ version of Islam.

Further the French government passed various bills and reforms which the government said was a way of reducing Islamist radicalization in the country.

France is a secular, liberal and democratic country, where there is proper separation of church and state. However, it is noticed that these liberal and leftist ideologies sometimes are too radical.

For example, the government recently banned public display of headscarves, crosses and various other Jewish symbols; this was an attempt to separate religion from all sense of being.

A large number of nations, do not encourage blasphemy, and have laws to prevent it.

Where in India blasphemy can lead you to a few years of jail and fine, in France there are no laws against blasphemy rather there are various laws to protect those who commit the same, this as seen as one of the ways of protecting freedom of speech and expression.

The Charlie Hebdo incident was a case of blasphemy; so the government did not have any issues with this specific incident.

The government went as far as putting the image of Muhammad on a government building to show their support for freedom of speech and expression.

Countries condemned the terror attacks and murders in France caused due to this incident.

However, there will various Islam dominant countries, which condemned France’s reaction to blasphemy and claimed that President Macron is trying to establish anti-Muslim propaganda.

Major criticism came from the Turkish President Erdogan who said shocking statements like French president Macron was fascist and needed to get a mental checkup.

The Pakistani president Imran Khan also made a similar statement regarding the anti- Islamic nature of President Erdogan response to the blasphemy.

There were various incidents of Muslims mainly in nations like Jordan, Kuwait and Qatar where the traders started boycotting French goods in their markets and shops.

We can also see in a case where there were protests held in countries like Syria, Libya and Iraq.

Finally it can be said that the basic reason for conflict is that some nations are in proposition of making laws to curb blasphemy while others see having such laws that restrict blasphemy are a way of curbing freedom of expression and voice.

Income Tax on Goodwill of Pharma and other company, CBDT made new rules