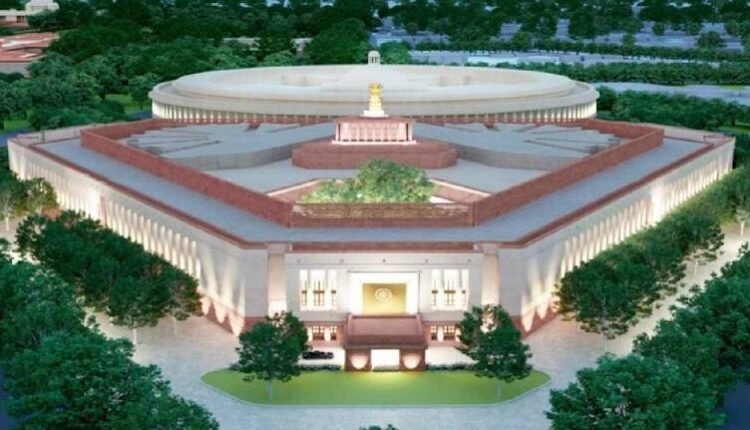 Prime Minister Narendra Modi will lay the foundation stone of the new Parliament House at a function on Thursday. The event will be attended by leaders of various political parties, cabinet ministers and ambassadors and high commissioners of different countries. Some chief ministers and governors will also virtually join the program. Construction of the new Parliament House is expected to be completed by 2022 at a cost of Rs 971 crore.

Officials said that the program will start at 12.55 pm and the foundation stone of the Parliament building will be laid at one o’clock. A dharma prarthana (interfaith prayer) will be held at 1.30 p.m. At 2.15 pm, Prime Minister Modi will address the program. The new Parliament House will also have a grand Constitution Hall to showcase India’s democratic heritage.
The parliament will also have an option to increase the sitting capacity in the Lok Sabha during the joint session. In addition it will have a lounge for MPs, a library, rooms for various committees, a place to dine and ample space for parking. The new building will have a seating capacity of 888 members in the Lok Sabha Chamber and 384 members in the Rajya Sabha Chamber.
The new parliament will be built in an area of ​​6,45,00 square meters will have four floors and its construction is estimated to cost Rs 971 crore. It will be earthquake resistant and have modern digital technology.
According to the report, every member of parliament in the new parliament will be given 40 square meters of office space. Vice President and Rajya Sabha Speaker M. Venkaiah Naidu and Lok Sabha Speaker Om Birla had proposed the construction of the new Parliament House on August 05, 2019 in the Rajya Sabha and Lok Sabha respectively.
The new Parliament House has been designed by M / s HCP Design and Management Pvt. Ltd., Ahmedabad. The new parliament will be constructed by Tata Projects Limited. It will be equipped with all modern communication facilities and data network systems. There will be seating for 1224 members in the Lok Sabha chamber during the joint session.
New Parliament.
Share FacebookTwitterGoogle+ReddItWhatsAppPinterestEmail

JP Nadda convoy was attacked with stone in Bengal