Corona’s third vaccine may arrive in the country, Adar Poonawala hopes to launch the new vaccine in June 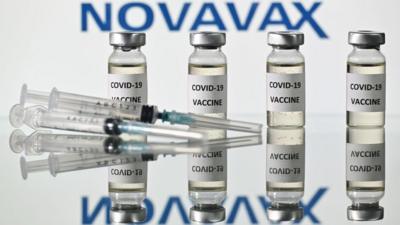 The country is expected to get another vaccine against the coronavirus by June this year. The local company Serum Institute of India (SII) has sought permission from the Controller General of Indian Drugs (DCGI) for the clinical trial of a vaccine called Novavax in India. American pharmaceutical company Novavax has developed Novavax.

Serum Institute chief executive Adar Poonawala said the company has applied to the Controller General of Indian Drugs (DCGI) to start a clinical trial of Novavax in India.

Poonawala tweeted, “Our partnership with Novavax for the Corona vaccine has yielded excellent effective results.” We have applied to start its trial in India. It is expected that they will launch Novavax by June. ” According to government officials, DCGI’s expert committee has asked Serum to submit a revised proposal after reviewing the application. The expert committee will consider the company after it submits the revised proposal.

In a recent statement by Novavax, its vaccine was found to be 89.3 percent effective in the third phase of the trial in Britain. The trial was carried out in Britain amidst the arrival of new Corona strains and the rapid spread of the epidemic. It was tried on 15,000 people in the age group of 18 to 84.

Prime Minister Narendra Modi has started a vaccination campaign of Corona in the country since 16 January. This vaccination is the world’s largest campaign, with a priority of about 30 million healthcare and frontline workers.

Significantly, so far about three million people in the country have been vaccinated with the corona vaccine. At the same time, now the frontline workers will be vaccinated from the first week of February. For this, the government has written a letter to the states and union territories and issued guidelines.

Amid the on going pandemic Flipkart recruited 23,000 employees