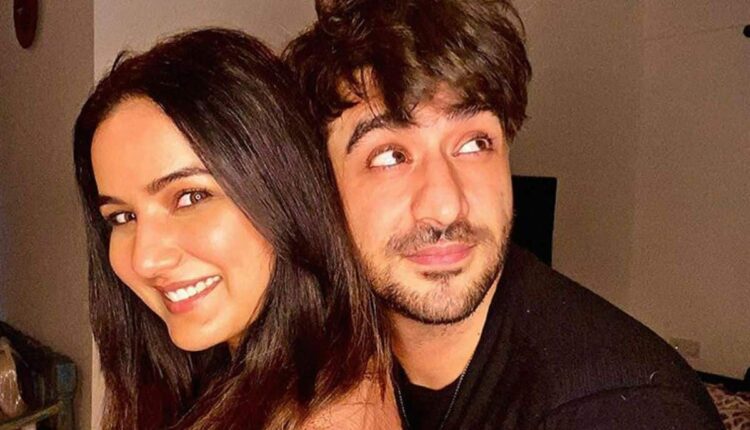 Aly Goni and Jasmin Bhasin are BFF goals right now. Their candid pictures are trending on social media lately. We see their love, bond, and care towards each other. We have seen the duo earlier on a reality show Khatron Ke Khiladi 9, where they did many adventures for their survival. Currently, Jasmin Bhasin is on Bigboss 14, while Aly Goni is seen in the daily serial Yeh Hai Mohabbatein and wrapped up shooting for Boney Kapoor‘s web series Zidd. Well, talks are on Aly Goni entering the BB house.
And yes, that’s true. The actor has made it official on his Instagram. Aly Goni had to join Big Boss 14 with the fellow contestants at the beginning of the show but couldn’t due to his busy schedule. Yayy, we would see a new entry in Big Boss house tonight. His entry would make things better for Jasmin, as she is quite depressed in the show. This is the right time to support Jasmin on the show and boost her up. In the recent video which Aly Goni shared, we could see Jasmin emotional after seeing her best friend Aly in the house.

He encourages Jasmin, explains the game, and drives her towards self-confidence and victory. They look so adorable together. They could be fans favorite next after Rubina Dilaik

and Abhinav Shukla‘s duo. No relationship is stronger than a friendship, and Jasmin is blessed with her biggest support system on the show. She says- Ab to sab mind-blowing Hoga, she is thrilled seeing Aly after so long with all smiles. They are rumors that the couple is privately dating, but neither of them confirmed the news. They still state that they are BFFS, and maybe that’s true. However, they look super cute together.

The entry of the new contestant amazed the audience as well as the contestants. In the last episode, we’ve seen that the contestants are not on good terms, mostly when things went filthy between Eizaj Khan, Jasmin Bhasin, and Pavitra Punia during the nominations. Without drama, no reality show would be impressive indeed. Will things remain the same after the entry of a wild card contestant?? Or would we see something new or extra drama on the show?? And you know what?? Aly Goni is going to be the highest-paid contestant from Bigboss 14.
The wait is over. You can know it by watching today’s episode on Colors TV tonight at @10’30 pm or later on Voot exclusively.

CPGET Exam 2020 will be Conducted after December 1, 2020. Check here for details