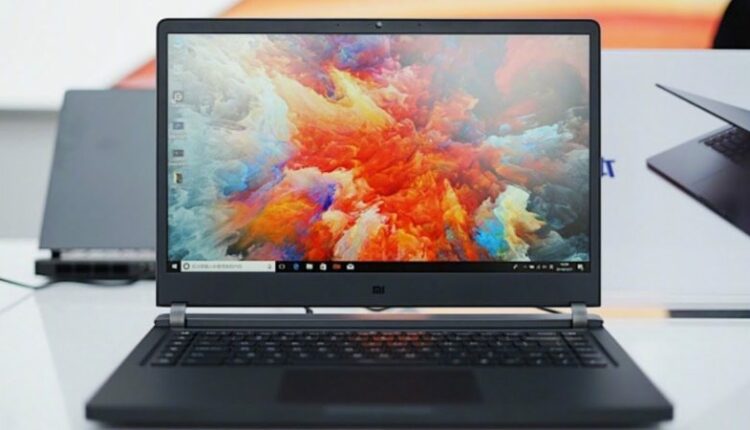 Xiaomi a well-known company is famous for giving good quality products at an affordable price as we have seen in case of the mobiles. Every teenager, as well as college students, love to play games whether it be Fifa or Need For Speed. But now a day these kinds of games require high specs and is not possible to play in all computers. To buy computers with high specs is also beyond everyone’s limit and so Xiomi has launched Xiaomi Mi gaming laptops that are having Windows 10 and GeForce GTX 1060 at an affordable price.

Not only great looks but great features are also there

This is a 15.6-inch gaming laptop and is thin like anything with a thickness of 20.9mm. The laptop is also not so much heavy and can be carried anywhere. In China, this laptop will be going on sale from 13th of April. Despite the skinny build, the laptop is having a dedicated Nvidia graphics card GeForce 1060 with 6GB of memory video. There are two variants available in the market, one range to Rs 63,000 and the other one range to Rs 93,000.

The Xiaomi Mi laptop is providing the users with Windows 10 and is aiming to take the market of laptops also. The laptop is having a narrow-frame full HD display that is having 72 percent of NTSC color gamut and also has the capability of supporting viewing angles up to 178 degrees. RGB Backlit keyboard is provided that is having 5 programmable keys.

One of the models is provided with Intel i5 and is having Nvidia GeForce GTX 1050Ti with 4GB GDDR5 RAM and its top model is having 8GB DDR4 2400MHz RAM with 128GB SSD.

Another model is having an i7 processor with GeForce GTX 1060 with 6GB GDDR5 RAM and its top model is having 16GB of DDR4 2400MHz RAM with 256GB of NVMe PCIe SSD. And the hard disk of 2.5 inches is common for both the laptops that are of 1TB.

The gaming laptops are having four USB Ports of 3.0 ports along with the USB Type-C, HDMI 2.O, Ethernet, microphone and headphone jacks also. A 3 in 1 memory card reader is also there. About 46 percent of air inlet grills are there on the builds which also includes 3+2 large diameter heat pipes. Forgiving a good quality sound to the users Xiaomi has given two 3W speakers with Dolby Atmos and Hi-Res audio integration.

Details related to the availability is announced only in China

All the details related to the availability of the gaming laptops launched by Xiaomi has not been announced in any other countries except China yet. By seeing the specs and price it can be said that Xiaomi Mi gaming laptops can take on some of the premium companies of gaming laptops which include Acer, Asus, Razer and HP also.

Dalits Voice their Protests on SC/ST Ruling through Bharat Bandh

Xiaomi launched its MI Band 5 dedicated to women, Menstrual cycles can be tracked