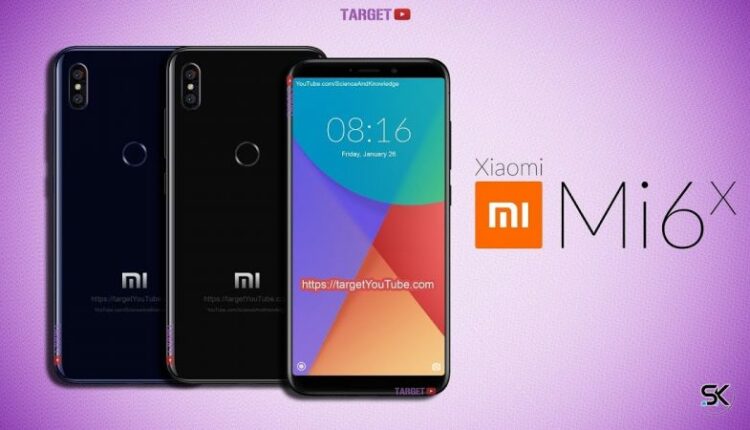 Xiaomi has taken the market of many smartphones with the release of Xiaomi Mi Note 4 last year. Recently in 2018, it launched Xiaomi Mi Note 5 and Note 5 Pro which was sold at a rate much higher than any other smartphones.

No clear notice was given about the launch of Xiaomi Mi 6X. But recently according to the teaser, Xiaomi will unveil the Mi A2 (MI 6X) in the Wuhan’s capital city of Hubei. This is the place where the CEO of Xiaomi has received his degree in Computer science in the year of 1991. The phone is scheduled to be launched on 25th of April. It is expected to be Xiaomi’s next Midrange smartphone.

Many features have been leaked till now, within the last some of the weeks. Fans are expecting to have the phone with stock Android when the phone is releasing in the country. According to some other leaks, there may be five color variants for the Xiaomi Mi 6X which include Cherry Powder, Black Stone, Red Flame, Glacier Blue and Sand Gold. This phone is said to be Xiaomi’s first smartphone which is giving five variant of colors. Previously Redmi 5, Redmi Note 5 and Redmi Note 5 Pro were available in some variants that is Gold, Black, Rose Gold, and variants of Blue. The Red Flame variant is said to be new in the series of the color variant in Xiaomi’s portfolio.

Expectations are always high from Xiaomi. People always expect more specifications with good quality from Xiaomi because of its previous impression.

Now talking about the specifications we can say that Xiaomi is providing their user with a processor of Qualcomm Snapdragon 660 SoC. Two variants are there according to RAM that is 4GB RAM variant and 6GB RAM variant. According to the storage capacity, there are three variants that are 32GB, 64GB, 128GB inbuilt storage.

When it comes to Display the Xiaomi is providing their customers with a screen size of 5.99 inches full HD+ display which is having an aspect ratio of 18:9 and 1080X2160 pixels. Xiaomi is also providing the Android version of Oreo 8.1 and Might run MiUI 9. The phone will be launched in India with Android One based Android 8.1 and will be launched as Mi A2 in India.

Because of the anticipation of the successors, the Xiaomi Mi A1 went out of the stock recently across the online partners throughout India. However, the phone will be returned on sale soon according to the assurance given by Xiaomi.

Nokia X: Launch is expected on 27th of April