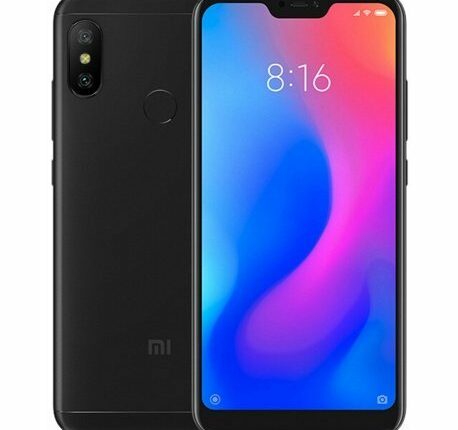 Redmi is a Chinese manufacturer. Redmi has been selling the best smartphones at an affordable price. The first phone that came into the limelight with its extraordinary features and low price is the Xiaomi Redmi Note 4 Pro. After this, the phone which came into the market at the beginning of this year is the Redmi Note 5 Pro. Now Redmi is bringing the notch on its phone with an improved processor and a good look with introducing the new Xiaomi Redmi Note 6 Pro.  It is the latest smartphone which Xiaomi has introduced till date in the market of India. This phone is nothing but the successor of Note 5 Pro.

The dimension of Note 6 Pro is a little bit larger than the Note 5 Pro. It is having a size of 6.26 inches Moreover; it is having a notch which adds a beauty to the upcoming phone. The phone is a little bit wider and also 0.5cm thicker than the Redmi Note 5 Pro. Users will now be able to use the onscreen button or the gestures of MIUI. Like the predecessor, it is having the same setup for the dual camera at the back side of the phone along with a small fingerprint sensor. The dual SIM tray which is a hybrid one is present on the left side of the phone while the power buttons and the lock button is present on the right side of the phone.

The 6.26 inch will be provided with a Full HD+ IPS LCD display. The phone is having a resolution of 1080×2280 along with 500 nits of brightness. The phone will provide a good display to the user along with accurate contrast and color. Not only this, but the phone will also have a 2.5D curved edges which will allow the glass to meet the phone frame in a smooth manner. The screen to body ratio of the phone will be 86 percent along with an aspect ratio of 19:9.

The rear camera of Redmi Note 6 Pro is an improved version of the Redmi Note 5 Pro but still, it is having a primary autofocus of 12 megapixels and a secondary depth sensor of 5 megapixels. Both the rear cameras are having wider apertures of f/1.9. Lowlight photography of the phone is better than its predecessor. The major improvement which the Chinese manufacturer Xiaomi has made is the setup of the dual front camera of which the primary sensor is having 20 megapixels and depth sensory for the secondary camera is 2 megapixels. The secondary camera is more suitable for portrait shots. Moreover, the bokeh effect is also present.

The phone will be running on Qualcomm Snapdragon 636 processor. It is having an octa-core processor. The Xiaomi Redmi Note 6 Pro will be available in three types according to storage variants. The three variants available are as follows-

64GB storage along with a RAM of 4GB

32GB storage along with a RAM of 3GB

64GB storage along with a RAM of 6GB

However, it is possible, that in India only two the three variants will release.

The Xiaomi Redmi Note 6 Pro will also be having the MIUI 10 Software along with Android 8.1 Oreo.

Charging capacity and other features

The users will receive a support of Qualcomm quick charge of 3.0 and a battery life of 4000Mah. Other features include Bluetooth, WiFi, Ambient sensor, gravity sensor, accelerometer etc.

All the features are almost an advanced and a better version of the previous model that is the Redmi Note 5 Pro. The pricing of the phone is expected to be between Rs 15,000 to Rs 20,000. Let’s hope that Xiaomi maintains the quality and makes their user happy.

Navy submarine of Argentina found a year after it got disappeared