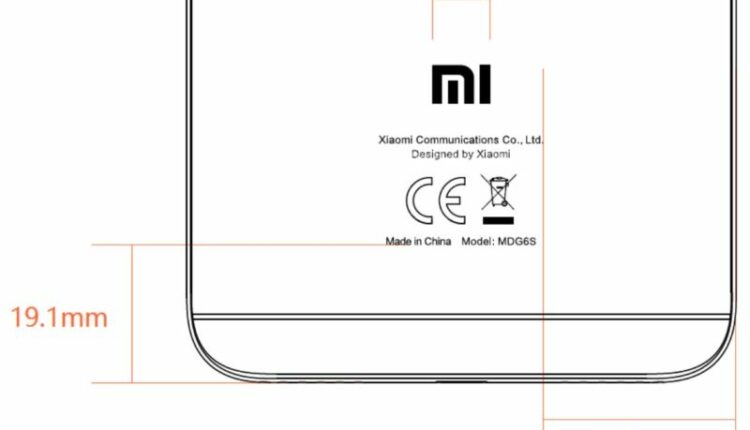 Xiaomi new device is spotted on FCC (Federal Communications Commission) with the model number MDG6S in the U.S. In August, Xiaomi launched the Redmi Note 5A phablet in China, the device was certified by TENAA in China as with model number MDT6. The company has not launched the Redmo Note 5A outside of China. Some rumors claim that the company could launch the phone as a Xiaomi Redmi Note 5A prime or Plus, are also speculations that the device could be the Redmo Note 5.

The Xiaomi device passes through the FCC with model number MDG6S suggest that it could be released in the Western market. According to the image, the device is slightly above the 15cm in measurement which indicates that the device could be a Xiaomi’s Redmi Note series phone. In another image, there is a USB and charging cable that will come with the device package.

On the top edge, there is a 3.5 mm audio jack port and an IR blaster. On the back side, there is a single camera sensor along with LED flash at the top-left corner, it has a fingerprint sensor too on the rear panel. On the back panel, there are also antenna bands at upper and lower side.

According to the image, the device has a metal body. On the bottom edge, there is USB port between a pair of external speakers. On the right edge, there is a power button and volume rocker keys and on the left side, there is hybrid SIM slot. It comes with thick bezels at top and bottom of the display and thin bezels on left and right. The Redmi Note 5A and a new device from Xiaomi appeared with model number MDG6S looks similar which means it could be a Prime or Plus variant of the phone. While there is no specifications information revealed by the FCC.

The rumors also claim that the Redmi Note 5 would be featured with dual camera sensors on the back side, run on Android 7.1 Nougat operating system out of the box along with MIUI 9 running on top. It would be packed with 4000mAh battery under the hood.