These smartphones caught everyone’s attention in the year 2020 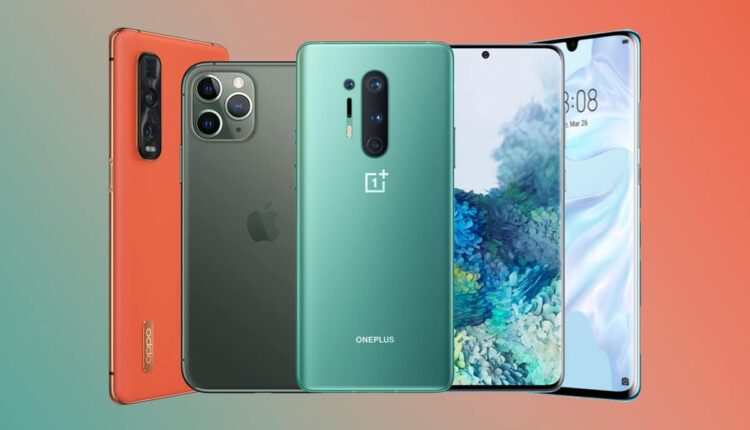 The year 2020, had an outbreak of Covid-19 which affected a lot. However, this year has been very important for the premium smartphone market. This year, some of the biggest names in the smartphone business released phones. Apple, Samsung and Oneplus continue to impress with their smartphone lineup. Let us know about those smartphones launched in 2020 which caught everyone’s attention.

iPhone has always been the first choice of people when it comes to performance. The company has launched two variants of the iPhone 12 this year. The iPhone 12 Mini has a 5.4-inch OLED display, which is considered quite classic. At the same time, talking about the camera setup, the phone has a dual rear camera setup which is equipped with 12 megapixels primary and ultra-wide angle. The texture of this phone is quite bold and the size is also smaller than other phones. Talk about storage, this phone is available in 64GB, 128GB and 256GB storage variants. Talking about colour combination, you will get this phone with a different colour option. Talking about the operating system of the phone, it has an iOS inbuilt operating system. At the same time, the storage capacity is also 256 GB.

The iPhone-12 has a 6.1-inch HD Super Retina XDR display. Apart from this, support of ultra charging technology has also been found in this phone. This smartphone works on iOS 14 out-of-the-box. The company has given dual rear camera setup in iPhone-12, which has a 12MP ultra-wide angle lens and a 12MP wide-angle lens. Apart from this, a 12MP selfie camera has been given in the front of the phone. At the same time, the iPhone-12 Pro is available in three storage variants. It has been priced at Rs 1,19,900 with 128GB storage, it has been priced at Rs 1,29,900 with 256GB storage and Rs 1,49,900 with 512GB storage.

The Apple iPhone SE 2020 has 4.7-inch HD iPS LCD display. Its resolution is 1334X750 pixels and it supports HDR 10. Hepatic touch has also been used for quick actions in this. And the display is given the Touch ID fingerprint sensor at the bottom. This smartphone does not include Face ID.

The Samsung Galaxy Note 20 has a 6.7-inch Infinity-O Super AMOLED + display with 2400 x 1080 pixels resolution, which comes with a 60Hz refresh rate. Snapdragon 865+ processor has been given in this phone with 8 GB RAM and up to 256 GB internal storage. The phone has a triple rear camera setup for photography. It has a 64-megapixel camera and two 12 megapixel cameras. The phone has a 10-megapixel camera for selfie. For photography, triple rear camera setup will be found in the rear of this phone. Which will have 12 MP + 64 MP + 12MP lens, while for the selfie, it has a 10-megapixel camera. This phone running on One UI based on Android 10 OS has a 4300mAh battery. This phone also supports wireless charging. The S Pen has been given in this phone comes with a latency of 26 milliseconds.

The quad rear camera setup has been given in OnePlus 8T. It also has a 48 megapixel Sony IMX 586 primary sensor and has been given an aperture f / 1.7. The second camera is a 16 megapixel IMX 481 sensor and the third camera is a 5-megapixel macro sensor. The 16-megapixel Sony IMX 471 sensor will be found in the phone’s phone is equipped with two f / 2.4 lenses. Along with this, the selfie camera is placed in the punch hole on the top left corner of the display.

CLAT 2021 Registration Form To Be Started From January 1, 2021; Check Here For All Details