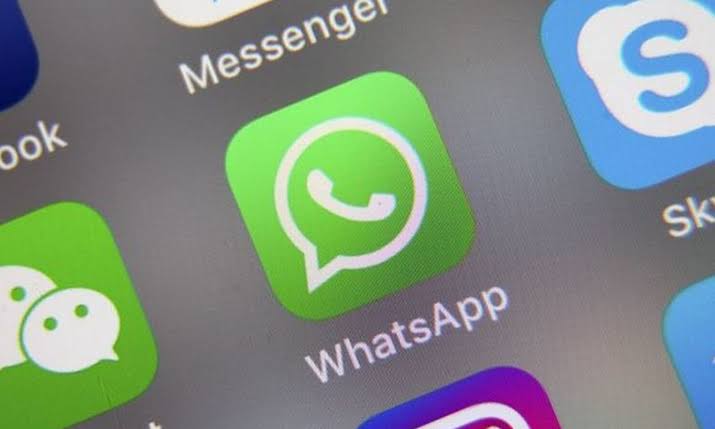 It doesn’t display to block someone from taking a Screenshot if private conversations. It means when you turn on the security settings, you won’t be able to grab of your own. The changes have come as an authentication part that has been processing from a very long time. This feature allows people to set fingerprint security to conversations, adding security to chats so that strangers can’t get accessed to private chats or messages. However, enabling that fingerprint security option also turns on the conversation screenshot blocking option that means it is not possible to take pictures of your own chats.

On reports, it is not clear why these features are being upgraded, because WhatsApp has already decided to prevent screenshot when a fingerprint is enabled.

It is possible for the app to notify both people that things have grabbed as with Snapchat stories feature. App has also banned screenshot from live streaming also, whether it’s Netflix or Amazon.

The details of the above update have appeared to an early version of the app that is available to some Android users. This had served as a testing ground for new features.

Before accessing the app, the authentication feature would ask users to affirm their identity via their fingerprints. On enabling this feature even after affirming their identities, users would not be able to take a screenshot.

“Fingerprint security- when an enabled fingerprint is required to open WhatsApp chats screenshot are blocked. You can reply to messages from notification and answer calls if WhatsApp is locked”. WhatsApp trying to increase the security of their users. 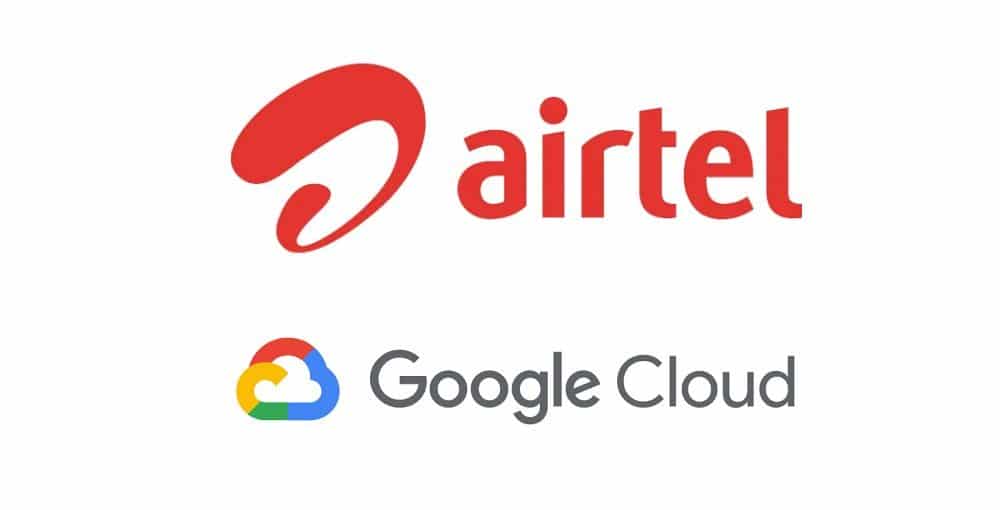 Airtel joins Google cloud with an aim to provide the needs of millions of Indian businesses in a rapidly digitizing economy. Airtel and Google Cloud on Monday announced a partnership that will allow the telecom operator to offer G Suite to small and medium-sized businesses (SMBs) in the country.

Airtel and Google Cloud are sharing same vision for delighting customers with great products. India with its growing economy and adoption of digital services offers one of the biggest opportunities to serve customers with innovative solutions. Gopal Vittal, MD and CEO of Bharti Airtel, said ” We are happy to strengthen our relationship with Google Cloud and building products and services together aimed at changing Indian businesses”.

The agreement will provide both huge opportunities for growth in India, which also helps India to ranks amongst the fastest-growing economies. Further Thomas Kurian, CEO of Google Cloud said “Indian companies are making a massive transformation to the cloud and we’re thrilled to partner with Airtel to support this transition. The combination of G Suite’s collaboration and productivity tools with Airtel’s digital business offerings will help accelerate digital innovations for thousands of Indian businesses”.

G Suite is a set of apps like – Gmail, Docs, Drive, Calendar and more which bring people together and help them work smarter and safer. On the other hand, Airtel currently serves over 2,500 large businesses and over 500,000 Small and Medium Business and technology startups across India. 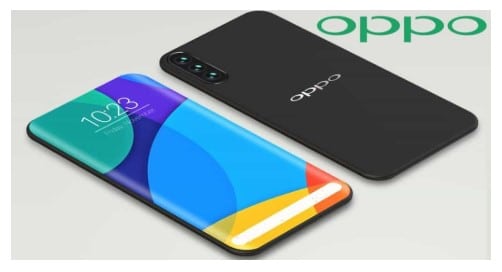 Oppo has been among the list of producing top smartphones in India in 2019. It has produced some of the best smartphones with specific design, processor and mainly it is known for its camera.

Oppo will be planning to make their 2020 quite awesome. It will launch one of its smartphone OPPO F15 in India making its first smartphone of 2020 to grab the market. The F15 is a part of Oppo F series of smartphones that mainly focuses on camera setup. This smartphone is the successor of popular handset F11 which was produced in the last year. The company have said that their no Pro version going to be launch in recent times.

Oppo has pre-plans for its upcoming smartphones too. Oppo F15 is available for Oppo F15 price of Rs.19,900 in India. This smartphone is available on Flipkart and Amazon. Buyers have to be very quick while buying this phone. As the sale will end up very soon and the Specifications of this phone makes it’s quite impressive.

If you are planning to buy this smartphone then here we bring to you a couple of things which you should remember :

For more Specifications refer to the table below.

CEO Elon Musk, CEO TESLA once mentioned that he had a buyer who would take Tesla industries private at $420 a share. This never actually happened until the stock market got itself there on its own.

Elon Musks tweet in August 2018 said that he was considering taking Tesla private and that the funding for this venture was completely secure. At that point in time, the price per share was $379.57, which was nowhere in the vicinity of $420. There was increasing speculation bout the identity of the mystery buyer and several investors were of the opinion that Musk was making a joke since the number “420” has now come to be related to Cannabis culture.

The reference was not lost on CEO Musk as he joked about it and quoted it on Monday.

Soon after his tweet, Musk informed the media that Saudi Arabia’s sovereign wealth fund had come to him with propositions more than once in order to buy the company, but at the end of August last year, he said, “I believe the better path is for Tesla to remain a public entity”. This was announced soon after he met with the board for Tesla Industries.

Musk’s tweets got himself in trouble with the Securities and Exchange Commission and also with his investors. The tweets were potentially “misleading investors and shareholders” even though he never actually secured the funding that would take the company private. Musk paid the regulatory settlement fee of $20 million in October 2018 as he gave up his position as Chairman as well.

Tesla’s shares were majorly affected after the news of the potential private ownership broke out. In this year itself, it rose to about 27%.

On the day of the announcement itself, the shares rose to up to 11% even after trades were stopped for more than an hour. However, they never approached $420 as shareholders began to get skeptical.

Nearly a year and a half later, Tesla may still not have a potential buyer, but on Monday, at the beginning of holiday break, the shares finally plummeted to $420. It was an all time high for the stocks, marking a surprising end to the year.

Tesla announced new vehicles in 2019 such as the Cybertruck, an all electric ATC and the most important, Model Y. Beginning production in 2020 with factories opening in China and Germany, the competition in the electric car market has been growing intense.

The year started with a $700 million loss but crawled back into profitable territories in the third quarter. However, 2019 on a whole, is expected to be a year of loss for Tesla Industries.

YouTube Rewind 2019 (Video) Everything you need to know about 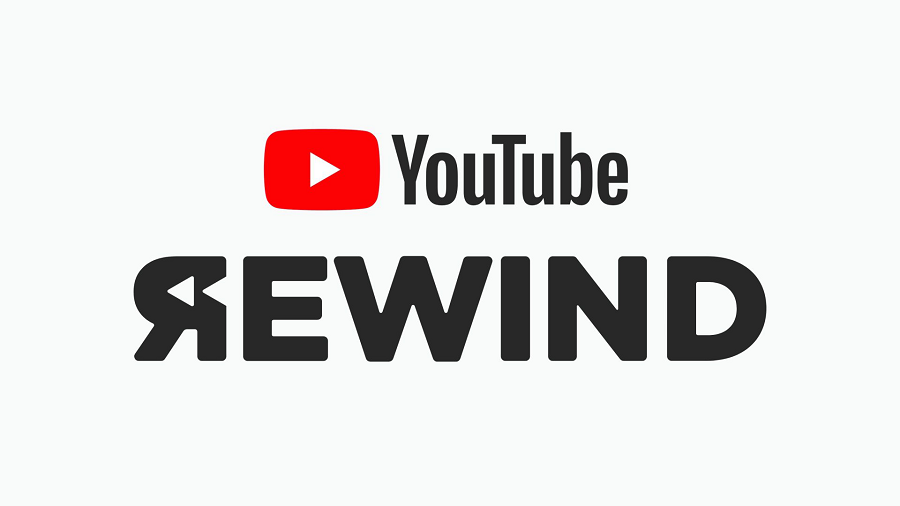 This 2k19 Video mashup has featured all of the major and trending spots of the year. Be it the most liked YouTube creator, most liked games, songs, dance videos and much more. You can have a complete summary of the whole year’s hot happening in the video.

This clearly summarizes that YouTube Rewind 2019 is a creative mashup of all the most liked and viewed videos on YouTube. These videos are creatively categorized in sections like music videos, dance videos, beauty videos, video games, and much more. After the sections, the video gives a quick tour of the break-out creators of 2019.

At last, The First ever YouTubers or YouTube Channels to take the top spot were featured with their achievements that make them the record-breakers with millions of views. “Thank you for a record-breaking 2019” the video says at the end with amazing musical animation.

Check any of your favorite YouTube Channel right now to get entertained or motivated!

Google’s Year in Search 2019 is Better than the YouTube rewind:

Better than the YouTube rewind: Google's Year in Search 2019 https://t.co/lFZJIJCWKv

Jio Recharge Plan : Save Yourself From Paying 40% More This Year 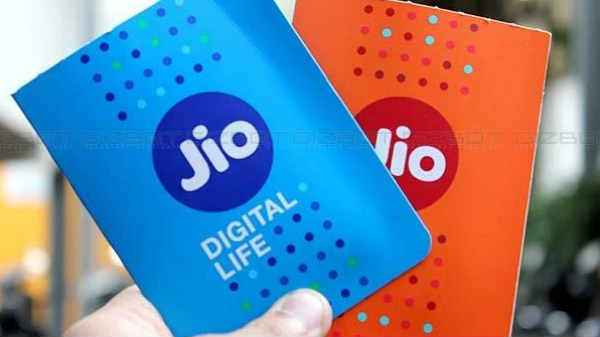 Jio Recharge Plan: In competition with other telecom service providers like Bharti Airtel and Vodafone Idea, Reliance Jio has also announced a hike in its tariffs to be in effect from 6th December 2019.  The popular shot by Jio was their “All-in-one” plans, which includes unlimited data and Jio to Jio free calling apart from this there were many other benefits like free SMS services and much more. However, this amenity has now become questionable with the increase in prices of Jio plans.

The major or noticeable amendments are:

With new plans in the market, the Jio users will have to pay as per followings tariffs from December 6th, 2019

This hike in tariffs is reported as around 40% increase, but for this, the company says that this 40% increase in prices will prove to give 300% more benefits to the customers.

Keeping in mind its valuable customers the company has come up with a solution to liberal the Jio usage to its customers at least for a year. Jio has asked users to deck their Jio account with a recharge plan of Rs 444 (one among the currently running plans) four times. Doing so users can get the full advantage of the old recharge plans.

As if you recharge your Jio account with Rs 444 plan 4 times then this will give you 2GB data per day for 366 days that is for a year till 2020. The company also ensures that once your Rs444 recharge finishes than only the second plan will get activated. This way Reliance Jio has again won the hearts at least for a year we guess!

Also Read ( ALL IN ONE: Reliance Jio plans to provide ‘100 services’ in One App

Talking about the competitors, Airtel has shown a hike of around 47%, which is highest among its peers whereas Vodafone Idea’s new tariffs are now available with the validity periods of 2.28,84 and 365 days. However, Airtel users will now get 1.5GB per day with is 50% more than earlier, still, the highest percentage increase has still made Jio be the favourite among the users.

Hollywood Buzzmakers Of The Week