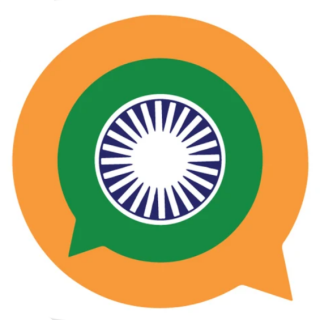 The Government of India considers data privacy a sensitive issue. Under this, last year the government ordered many Internet companies to install their servers in India, then in September, hundreds of Chinese developers’ apps were banned in India. Indian developers were then encouraged to develop secure homegrown apps under the Atmanirbhar Bharat Campaign. Now the new Indian option ‘Sandes’ app has launched.

The Sandes app is completely Indian and is currently working on a trial basis. The selected government employees have been asked to use this app. This application falls under the Government Instant Messaging System or GIMS. This app runs on both the Android and iOS platform. The user needs to download it from google play store or apple store and signup using Email id. The Sandes app is designed to be similar to the new modern chatting apps, with the option of chatting as well as voice messages and transferring media files

Earlier this year, WhatsApp made changes to its privacy policy, after which there was a lot of controversies and many questions were raised against the Facebook-owned app. After this, crores of users shifted to Telegram and Signal app. The government had questioned the WhatsApp company and expressed concern over the personal information of the users.

It is believed that this is the foremost reason to launch Sandes app. Government activities are sensitive and government information is confidential. Whereas government employees cannot totally rely on Whatsapp after it introduced its new privacy policy and it was necessary to introduce a new app which will be completely secure to use.

The back end of the Sandes app will be controlled by the National Informatics Center, NIC, under the Ministry of Electronics and Information Technology. It is being said that if everything goes well then the access to the app will be given to the general public. The Sandes app logo has been released on gims.gov.in website.

This logo has three layers and all three layers together make up the tricolour, while there is Ashoka Chakra in the centre. The second layer looks like WhatsApp but it is dark green. The information of Sandes app is available on the website. This includes sign- in LDAP, sign in message OTP and Sandesh web. It is said that officials of some ministries have started using the message.

If the Sandes app is launched for the public, then this will be the best time for its launch because WhatsApp is already facing problems regarding its privacy policy. While people are also searching for an alternative messaging app. In such a situation, this Sandesh app can become a successful Indian app.