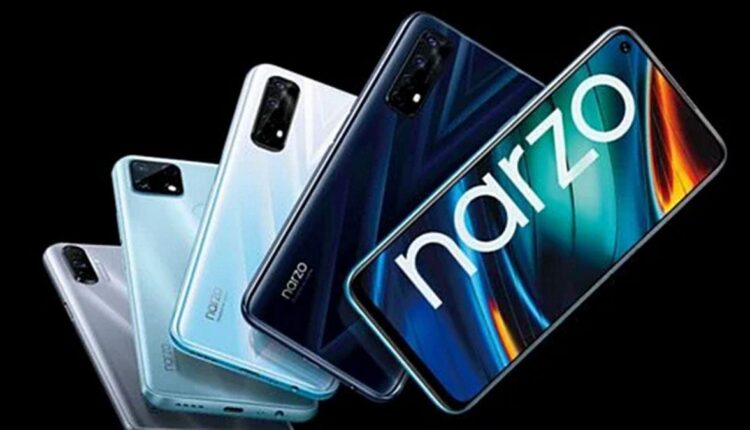 Smartphone maker Realme is preparing to launch Narzo 30, Narzo 30A and Narzo 30 Pro under its new Narzo 30 series. Recently, a report said that the Narzo 30 series will be launched in India in late February. Now Twitter user Gadgetsdata (Debayan Roy) has revealed the launch date of this upcoming series.

According to Twitter user Gadgetsdata (Debayan Roy), Realme Narzo 30 series will be launched in India on 24 February. Earlier, the company’s CEO Madhav Seth shared a picture of the box of Narzo 30 series. However, the company has not yet given any information about the launch and price of this series.

According to media reports, Realme Narzo 30 Pro will come with 5G support and MediaTek Dimensity 800U processor. This smartphone will have an AMOLED display with a 120Hz refresh rate. With this, users will get a quad camera setup in the device and a punch-hole display in the front.

According to the information leaked the price of Reality Narzo 30 Pro will be kept between 15,000 and 20,000 rupees. While the price of Narzo 30 and Narzo 30A will be between 10,000 and 15,000 rupees. At the same time, all three devices can be launched in the Indian market with many attractive colour options.

Talking about the camera, the Realme Narzo 20 smartphone has a triple rear camera setup, which has a 48MP primary lens, 8MP ultra-wide-angle lens and a 2MP macro lens. Apart from this, an 8MP selfie camera has been given in the front of this phone.

The company has given a 6,000mAh battery in the Realme Narzo 20 smartphone, which supports the 18W fast charging feature. Apart from this, features like 4G LTE, Wi-Fi, GPS, Bluetooth 5.0 and Micro USB port have been given in terms of connectivity.

10 features available in Signal are similar to Whatsapp