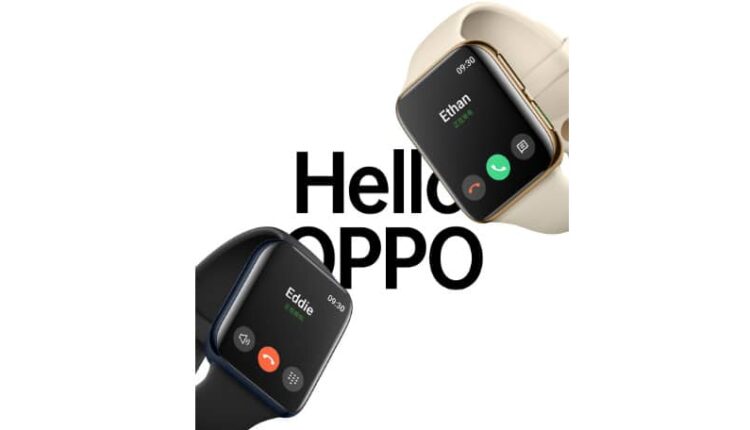 The watch will be unveiled on March 6th at 3 pm at the event. It has the best looks that are made by Oppo. Oppo revealed about this product in the teaser that was released on 3rd March. After the teaser, it is ready to arrive in the markets on 6th March. Company has come up with many new ideas and they have bundled in one to make it a successful product as their smartphones.

Oppo watch looks similar to the apple watch but is quite different. Oppo has tried to match with the Apple smartwatch but could not succeed. Design of the watch looks a  bit copied but is unique in itself.

Oppo smartwatch teaser was unveiled by the Oppos global account on Twitter, and they tweeted as-“It’s time to say hello to Oppo smartwatches. It will be launched alongside the Find X2 flagship at 3 pm (IST) on 6th March”.

Its Specifications and Features are not revealed by the company yet, but technical freaks have predicted some of the features from the images that are revealed from various sources.

Some of the expected features of upcoming Oppo smartwatch are:

These are all the Specifications and Features that have been noted from the photos that are revealed.

To know more about it Stay tuned and wait for 6th March.

Coronavirus reaches in Delhi and Telangana