Nokia 6 Review:  Nokia, recreated. Nokia has ruled the mobile market for decades but this most trustable brand gone missing since Microsoft acquired Nokia’s smartphone business in the year of 2014.

But a master can’t be kept out of the game for long. And Nokia justified it to the point by releasing their Nokia 6 smartphone. The demand for NOKIA 6 smartphone showed how strongly they bounced back to the market.

Does the NOKIA 6 make a good deal? Let’s find out

Classy Design Differentiating Nokia from Other Brands: The design won’t let you know it is a budget smartphone. The solid-cool feel of aluminium body with the clear display slightly upwards from the surrounding metal makes it feel amazing in the user’s hands.

Maintained Software: The best part is Nokia & HMD didn’t loaded up the smartphone with unnecessary apps to reduce the manufacturing costs instead they provided a clean version of Android 7.1.1 Nougat reminding me the Google Pixel every time. Another good feature is that there is no bloatware.

Though the lock screen ads version comes with some pre-installed Amazon apps, but with approximately 90 million people signed up for Amazon prime, actually, those apps are helpful somewhat. HMD has provided all the needed stuff making maintenance easier and they are also promising timely Android updates.

Up to the Mark Performance? Though the Nokia 6 smartphone comes with a clean Android system, because of the snapdragon 430 it is a little bit hamstrung. Even with the day to day use, you may feel the processor is chugging a bit.

The Adreno 505 is amazing and surely gonna surprise you with its capability. Heavy weighted games as unskilled, mortal kombat runs great but some popular games like modern combat don’t work as smooth as you would like. So, if I explain in a line, Nokia 6 is nothing like a miracle in the market, it performs okay.

Sadly Nokia 6 still in the micro USB category as it didn’t include type-C USB and that surely a big drawback of the smartphone.

Budget: With all these amazing features Nokia 6 still is a budget smartphone. Its price is a big reason making the competition tougher for other brands with Nokia. The Nokia 6 is available for $180 with lock screen ads. They are also providing this smart phone without lock screen ads costing $230. 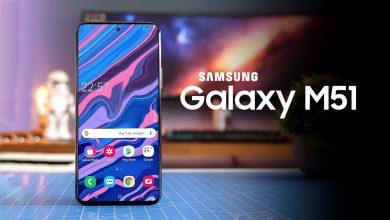