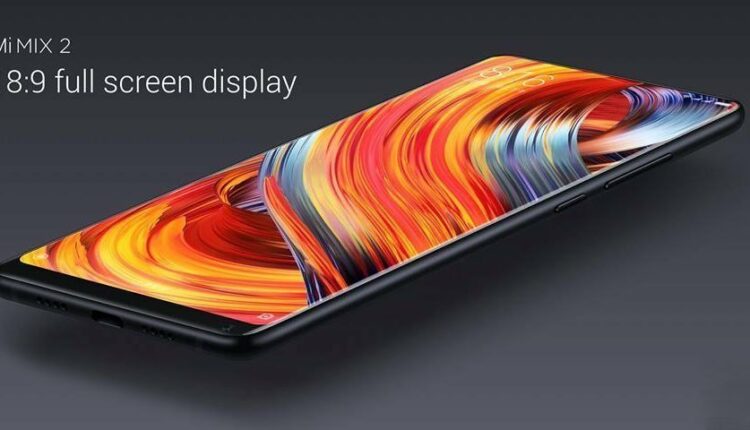 At an event in China the new bezel-less smartphone, Xiaomi MI Mix 2S which is a flagship from Xiaomi launched on 27th of March at about 11:30 am IST. Few concrete details along with a large number of teasers have been released which shows the MI Mix 2S. The phone will be having the latest SoC from Qualcomm along with the bezel-less display. The phone will also be having the wireless charging feature along with AI-based features.

The live stream of the Xiaomi MI Mix 2S launch

The launch video is available on the company’s China site. It will be streamed on the dedicated page.

Xiaomi has confirmed that the phone will be running on the Qualcomm Snapdragon 845 SoC which is said to be the latest version. A variant of 8GB RAM and 256GB storage will be available as per the company’s verdict. Xiaomi also touts the use of the ceramic body which is curved on all four sides.

Face recognition is one of the most important features which have been included in the phone along with face unlock. Xiaomi MI Mix 2S will also have the facility of the AI based camera along with UI features. A solid battery life will be provided by the company. So from the specification side, the phone is having an extraordinary one.

Xiaomi MI Mix 2S is providing the user with 8.1 oreo operating system which is the latest version of the Android. It is also having a vertical dual rear camera setup of which both the camera is having 12MP  whereas the front camera is 5MP and can record video of 1080p. The fingerprint sensor is also provided by the phone.

Other sensors include compass or magnetometer, Proximity sensor, Ambient light sensor, Accelerometer, Barometer, Gyroscope and temperature sensor. Bluetooth version of the phone is v 5.00 and is having Wi-Fi as well as GPS connectivity.

4G/LTE is supported and Nano-sim is the sim type for the Xiaomi MI Mix 2S.

When the topic comes to display feature and looks the phone takes a lead from all other phones in the market. Xiaomi MI Mix 2S will not be having a notch at the top to provide the front camera and other sensors. Instead, they are expected to be at the bottom of the panel. The screen size is 5.99 inch with a resolution of 1080×2160 pixels. The phone is also having a pixel density of 403PPI.

So overall with a head-turning design, good display features, and performance. Xiaomi MI Mix 2S is also having a great battery life. Except for

the awkward position of the selfie camera the phone is said to be a value for money. No other phone is giving such features at such a low price.