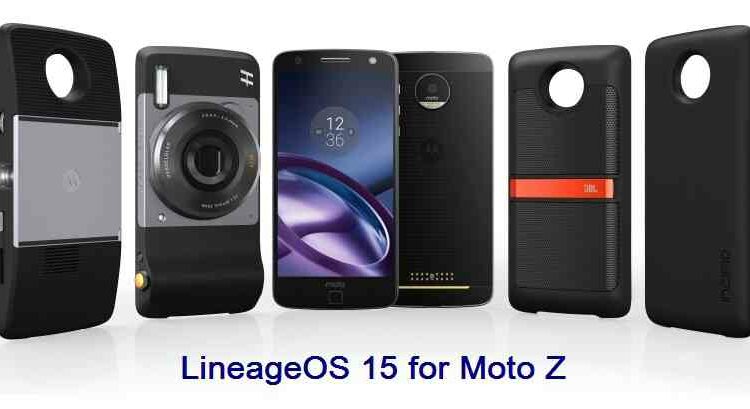 Motorola launched the Moto Z smartphone back in September 2016, also known as Moto Z Droid in the U.S market. The Moto Z comes with Android 6.0.1 Marshmallow operating system out of the box and the company already upgraded it to Android 7.1.1 Nougat operating system. Here in this article, we will guide you how to update, download and install Android Oreo on Moto Z based on LineageOS 15 custom ROM.

Google has launched its new Android Mobile operating system version, called Android 8.0 Oreo. Most of the companies started working on the Android 8.0 Oreo OS update for their devices. Motorola also planned to upgrade its Moto Z Droid smartphone, but there is no confirmed date when the company will release for the phone.

You have Motorola Moto Z and want to update it to Android Oreo OS, then you are the right place. Just follow the article to download, update and install Android Oreo on Moto Z based on LineageOS 15 custom ROM.

That’s it. You have successfully installed Android 8.0 Oreo custom ROM on Motorola Moto Z (Moto Z Droid) based on LineageOS 15. If you are facing any problem while installing Android Oreo on your device, please let us know in the comment section.