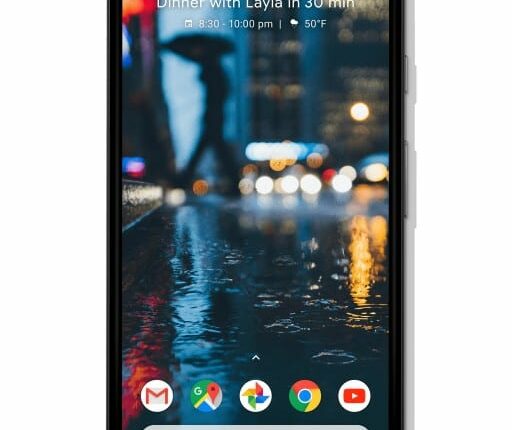 After several leaks and rumors finally, Google has unveiled its new pixel series smartphone in the market, called Google Pixel 2 along with Pixel XL 2. It comes with the refinements and improvements in several departments. Now, it’s clear that the Google Pixel 2 smartphone is not a bezel-less phone. It has large bezels at the top and bottom side. There are two speakers on the front panel for the better sound experience. It comes with improved Snapdragon 835 SoC under the hood over last year Snapdragon 821 chipset in Google Pixel 2.

With the large bezels and two speakers on the front side Pixel 2 phone has bigger glass accent around the camera on the back side, which makes the front top bezel smaller. There is no doubt that the original pixel camera is one of the best camera phones in the market and this time, Google improved camera of the Pixel 2 more than its predecessor. Now the Google Pixel 2 has IP67 water resistance features.

Unfortunately, there is no audio jack port in the Pixel 2, But Google takes it as an advantage just last year with the original Pixel. It runs on pure and new Android 8.0 Oreo operating system out of the box along with its new features, such as notification dots and picture-in-picture. And also it has a pre-installed latest version of the Pixel Launcher. Now you don’t need to stretch your hand to reach the Google Search bar, now the Google Search bar is just above the navigation buttons. Which makes it very easy to use in comparison previous Pixel Launcher.

Google Pixel 2 features a same 5-inch AMOLED display with 1920 x 1080 pixels of resolution. It is powered by Qualcomm Snapdragon 835 SOC under the hood along. The body dimensions of the phone are 5.7 x 2.7 x 0.3 inches and weighs 143 grams. There are two memory variants of the Pixel 2, 64 GB and 128 GB internal storage. It runs on Android 8.0 Oreo OS out of the box. It is packed with smaller 2700mAh capacity battery than the original Pixel smartphone.

The main highlighted point in the camera is a new Portrait Mode software effect feature in the Pixel 2 which blur the background and the subject pop. This is a software-only effect, done with a machine. Most of the smartphone companies offer same features on their smartphone but this is totally different from others. This is done with dual Pixel tech. The user of the Pixel 2 will get the free unlimited storage for photos and videos as well.