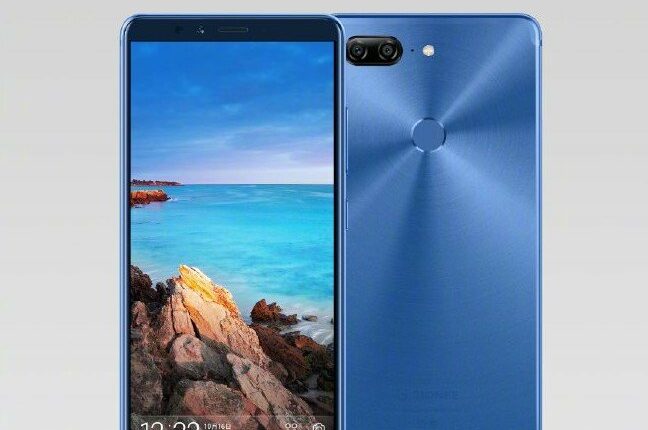 Gionee M7 comes with metal body with brushed finish and concentric circles from the fingerprint sensor. It has dual rear camera sensors which placed horizontally at the top left corner along with LED flash. It comes with the very fewer bezels on left and right sides, it has an earpiece, selfies camera and a sensor at the top of the front and the company logo at the bottom.

The M7 comes with 6.01 AMOLED display with 2160 x 1080 pixels of resolution with 18:9 aspect ratio. It comes supports 85% screen-to-body ratio. It is powered by a 16nm Octa-Core CPU which clocks at 2.3 GHz under the hood along with Helio P30. Gionee M7 is the first smartphone which powered with Hilio P30 SoC on board. It has 6 GB of RAM on board and 64 GB internal storage option with micro SD card support.

Gionee M7 is featured with dual camera sensors on the back side, just like the Gionee S10. It has 16-megapixel primary camera with 1.8 aperture and 8-megapixel secondary camera with depth of field lens. The rear camera can capture 3D images. There is an 8-megapixel camera on the front side for selfies and video calls. It is packed with 4,000mAh capacity battery inside the body which provides up to 43 hours talk time backup. It also comes with fast charging feature.

There is a fingerprint sensor on the back side of the phone which supports bus payments and mobile banking payments. It supports dual SIM connectivity, on the bottom, there is micro USB Type-C port and 3.5 mm jack port.

The Gionee M7 will be available at ¥2799 (~$423) price tag. It comes with a pair of Edifier W800BT Bluetooth headphones, one-year screen insurance, a film protector and a flip case with the M7 out of the box. It will be available in the market in gold, black, star blue, gem blue and maple red color option.