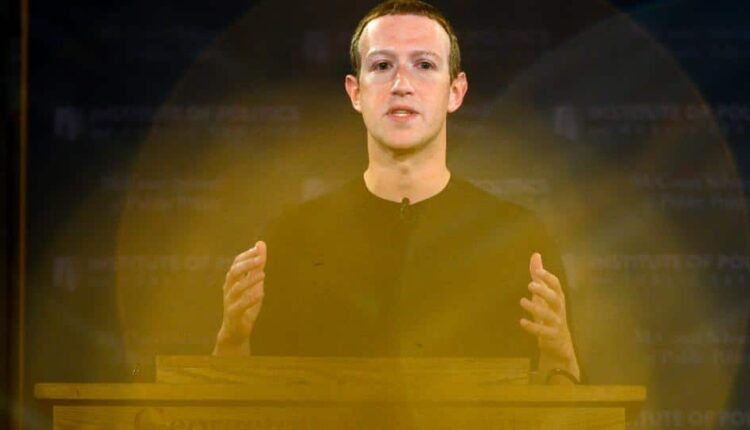 Mark Zuckerberg, Facebook CEO delivered a speech at Georgetown University in Washington D.C. to defend the decision of his company to give the access to the political lies and the promotion of the political lies and misleading information in a wide-ranging speech on Thursday in which he appealed to the virtues of debate and free expression. 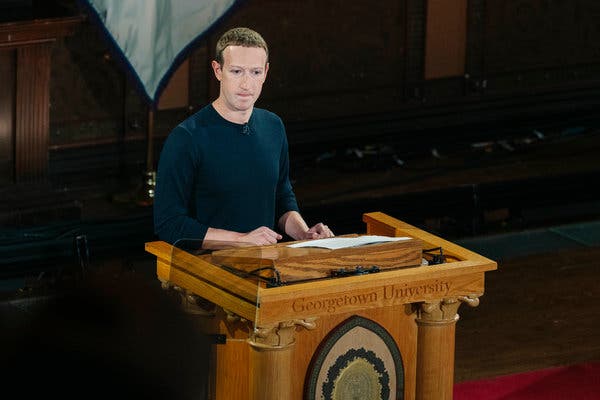 Zuckerberg said, “Giving people a voice and enabling a vigorous exchange of ideas is good for society” in a speech Thursday at Georgetown University in Washington, D.C.  The U.S. influx Iraq in 2003, which, according to the Zuckerberg, happened at least in part due to the failure of diverse perspectives of the peoples.

“Back when I was in college, our country had just gone to war in Iraq, and the mood on our campus was disbelief. A lot of people felt like we were acting without hearing a lot of important perspectives,” Facebook CEO said. “I remember feeling that if more people had a voice to share their experiences, maybe things would have turned out differently.”

That realization has changed vision for Facebook, Zuckerberg said, describing the social media platform as something to “give people a voice and bring people together.”
Mark Zuckerberg studied at Harvard University from 2002 to 2004, dropping out to run Facebook full-time after his project became popular off-campus. The U.S. led an invasion of Iraq in March 2003, based mostly on faulty claims that the country had weapons of mass destruction.
“The long journey towards greater progress requires confronting ideas that challenge us,” Zuckerberg said. “You can’t impose tolerance top-down. … It has to come from people opening up, sharing experiences, and developing a shared story for the society that we all feel we’re a part of. That’s how we make progress.”

Zuckerberg organized this address after facing the criticism of Facebook for allowing political ads that contain lies. Facebook recently held an announcement from the Trump reelection campaign that accused former vice president Joe Biden of corruption. The accusation hasn’t been proved, and the Biden campaign asked for the ad to be taken down. Facebook declined.

Facebook has considered dropping political ads altogether, Zuckerberg said Thursday, adding that “the controversy certainly isn’t worth the small part of our business they make up.” But the company concluded that such a ban would be tantamount to censorship.

“I know many people disagree, but in general, I don’t think it’s right for a private company to censor politicians or the news in a democracy,” Zuckerberg said, on giving an excuse that several tech platforms are using the same.

“There are many more ads about issues than there are directly about elections,” Zuckerberg said. “Would we ban all ads about health care or immigration or women’s empowerment? If we banned candidates’ ads but not these, would that make sense to give everyone else a voice in political debates except the candidates themselves?”
Facebook has been trying to change the billions of posts that it hosts every day, and is improving its content to lead it to the level of an oversight board to help it with difficult content decisions. The committee, which is expected to be made up of 40 members, plans to start hearing appeal cases next year.
FacebookFacebook CEOMark Zuckerberg
Share FacebookTwitterGoogle+ReddItWhatsAppPinterestEmail

US’ ‘reciprocal’ restrictions on Chinese diplomats on their soil