FaceApp: Everything you need to know about the viral app 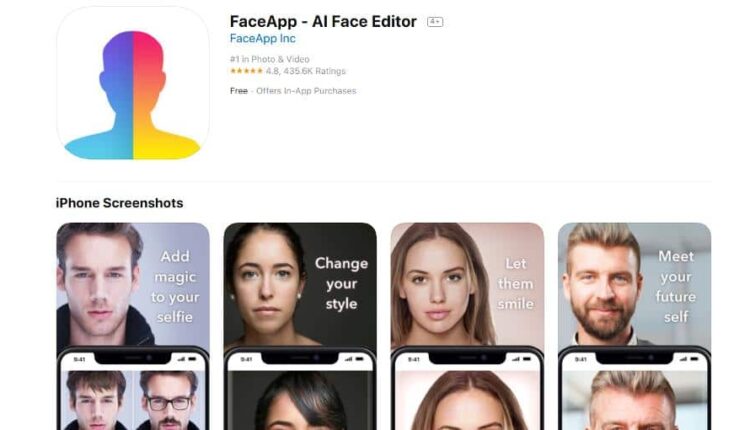 Faceapp is an image editing mobile application for iOS and Android developed by Wireless Lab, a Russian company which uses AI and neural network technology to automatically generate highly realistic transformations of faces in photographs. The app can transform a face to make it smile, look younger, look older, or change gender as desired by the user. FaceApp was launched on iOS in January 2017 and on Android in February 2017 and has recently gained wide attention of people and is one of the viral applications.

This week, FaceApp made headlines as popular celebrities, including the Jonas Brothers, Drake, and Dwayne Wade appeared to use the app to show what they might look like when they get much older and posted their photos on social media. Many people rushed to download the app and see their own selfies turn gray and surprisingly FaceApp is currently the top free app in Apple’s App Store.

FaceApp has faced criticism in both the press and on social media over the privacy of user data. In response to these questions, the company’s founder, Yaroslav Goncharov, stated that their user data and their uploaded images were not being transferred to Russia but instead were processed on servers running in the Google Cloud and Amazon Web Services. The US senator Chuck Schumer expressed that there are serious concerns regarding both the protection of the user data that is being aggregated as well as whether users are aware of who may have access to their data and calls for an FBI investigation into the app.

What remains concerning for the users, however, is the language in the app’s terms of service. In one densely-worded section in the , the company informs users that they are granting FaceApp with a perpetual, irrevocable, nonexclusive, royalty-free, worldwide, fully-paid, transferable sub-licensable license to use, reproduce, modify, adapt, publish, translate, create derivative works from, distribute, publicly perform and display the user content and any name, username or likeness provided in connection with the user content in all media formats and channels now known or later developed, without compensation or knowledge of the user

This makes it very hard for the users to understand the conditions and this makes them provide the grants access to certain rights to the app. There are also concerns regarding the data that you modify on the app, basically the photos, that FaceApp not only uploads the photo on which you are applying age filter into its servers but also all other photos from your phone without taking the user permission. However, this is just a rumor because security researchers have not found any evidence of it.

Wrapping up, I would like to suggest all the users try these new technologies and apps for their personal entertainment, but along with these things people should also take their privacy and their data. Risking data by granting unreasonable permissions can be risky even if the application is trustworthy and reliable.
AndroidappApp StoreFaceAppImage EditingIOSplay store
Share FacebookTwitterGoogle+ReddItWhatsAppPinterestEmail